Darbar Movie Review: Rajinikanth's charisma is intact and on full display in virtually every frame of the film. 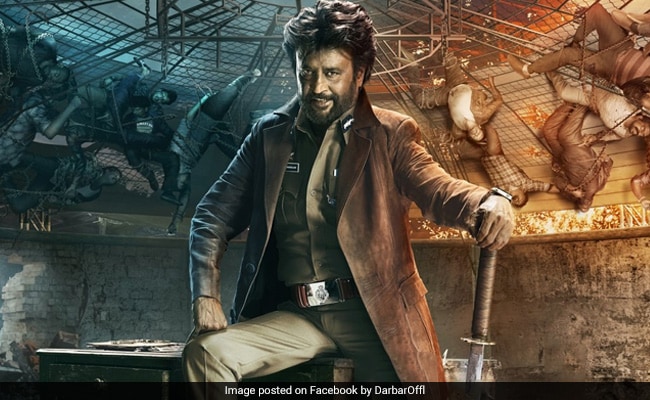 Darbar Movie Review: Rajinikanth on a poster of the film (courtesy DarbarOffl)

Dirty Harry seeps into Rajinikanth in A.R. Murugadoss' Darbar, a messy, massy, mediocre movie masquerading as a megastar vehicle. The 69-year-old superstar takes on the role of a 40-something super cop who is not averse to bending the rules in his pursuit of criminals. The make-up, the outfits and the lighting by seasoned cinematographer Santosh Sivan do a sterling job of persuading us that Rajinikanth is ageless. But no matter what, no movie that features the superstar these days can sidestep the issue of age. Darbar doesn't. But more on that latter.

Rajinikanth's charisma is intact and on full display in virtually every frame of the film. Sadly, there is little else in this potboiler that stirs up a broth completely dependent on the lead actor to provide the heft that could compensate for its glaring lack of substance. Darbar is targeted fair and square at Rajinikanth fans, but it does nothing to give masala cinema a fresh shot of energy.

Rajinikanth is cast as Aditya Arunachalam, a dreaded cop who is appointed the Mumbai police chief and tasked with a very specific mission: elimination of the city's drug mafia. Even before the hero's introduction scene, which is a huge letdown, the audience is treated to news footage about an encounter specialist who shoots before he talks. The first 15 minutes of Darbar puts on the table much of what it has to offer by way of entertainment. For Rajini fans, that is a pretty good deal. The film leaves no room for confusion in their minds. They know exactly what to expect from Darbar and the superstar they can never have enough of. 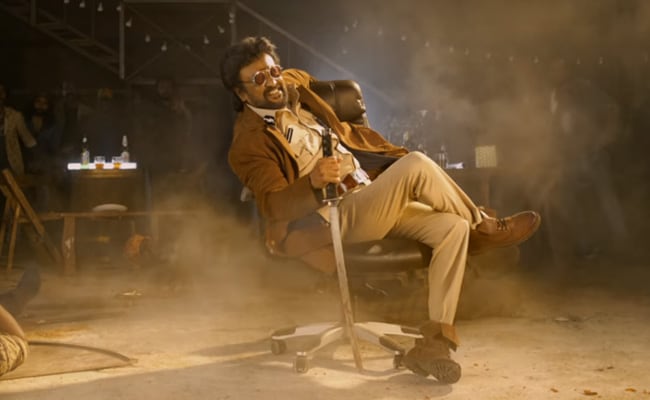 Darbar Movie Review: Rajinikanth in a still from the film

Arunachalam's advent in Mumbai sends shivers down the spine of the gangsters active in the megapolis, but the cinematic payload that the swaggering protagonist delivers is way below the mark. There is no adrenaline rush nor any emotional tug that can hold the thin narrative together. Darbar lacks the bite that one expects from a Rajinikanth film.

This despite the fact that the actor, needless to say, does not spare any effort to make the character work.

Arunachalam's record of extra-judicial killings riles the human rights commission. When the members protest too much, he not only gives them a piece of his mind, he manhandles them and gets away with it. The film suggests that Arunachalam is a psychologically disturbed man and hence given to ways that might be difficult to comprehend if one went by the rulebook. That is a rather problematic position whether you see it from the standpoint of acceptable policing methods or through the prism of mental health. 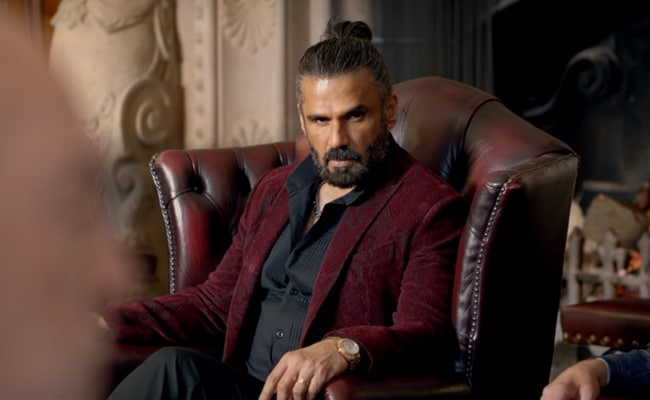 Darbar Movie Review: Suniel Shetty in a still from the film

Arunachalam quickly figures out that Ajay Malhotra (Prateik Babbar), the son of a wealthy industrialist Vijay Malhotra (Nawab Shah), is the key figure in the drug peddling ring that he has to bust. He brings the culprit to book. But Ajay gets a proxy to serve time in jail. The police commissioner is livid at the subterfuge and takes no time to make Ajay pay for his transgression.

Hari Chopra (Suniel Shetty), the drug network mastermind, returns to India 27 years after a daring action of his left the Mumbai Police red-faced. He is out to settle scores with Arunachalam and his daughter Valli (Nivetha Thomas). The rest of the film is devoted to the hero's daring deeds aimed at smashing Chopra's crime empire.

The father-daughter relationship, which could have been a principal component of the storyline, remains only a cursory concern, which robs the film of emotive depth. That apart, the hero's romantic interest, played by Nayanthara, is given a short shrift by the script. 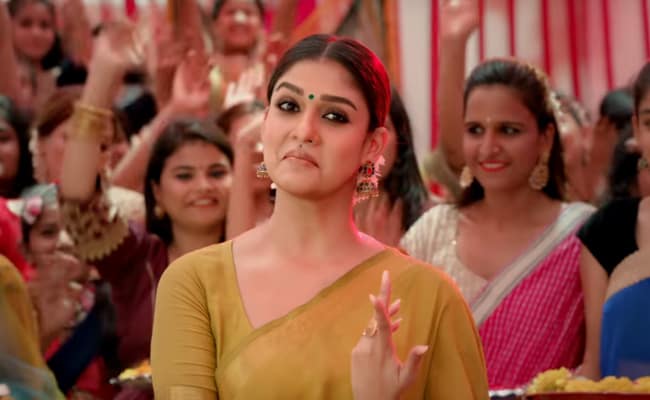 Darbar Movie Review: Nayanthara in a still from the film

Darbar is a long and patchy film that takes ages to gather momentum, but it delivers a passable first half. But barring the first quarter of the post-interval segment, it then sinks into a state of torpor that even the magic of Rajinikanth cannot shake it out of. Although Suniel Shetty has his moments, no big showdown between the hero and the villain is staged. A Rajinikanth film without a baddie big enough to give the hero a run for his money seems incomplete.

After playing his age in Pa. Ranjith's Kabali and Kaala, Rajini, on popular demand returned to playing a younger hero in last year's Petta, Kartik Subbaraj's fanboy tribute to the megastar. The actor continues in the same vein under Murugadoss's direction in Darbar, designed to allow Rajini to throw naysayers off and prove that age hasn't slowed him down one bit.

When a colleague suggests that Arunachalam is getting on in years and he should therefore take it a little easy, he quips that age is only a number for a man who is confident that nothing is impossible. It is really Rajini, in the garb of a screen character, speaking to his fans and detractors alike that he still has many years left in him as a crowd-puller. The worry is that the kind of star-worship he is subjected to traps Rajini in a bubble and prevents him from reinventing himself as an actor.

Everything that Rajini does in Darbar is targeted at his fans. While the star does not miss a trick, Murugadoss makes the mistake of not working enough on the screenplay. Working with a weak plot riddled with holes and convenient twists that one can see from miles away, he is unable to craft anything akin to the films that have given him the profile that he enjoys (Ramana, Ghajini, Thuppakki).