Bigg Boss 13 Written Update: The contestants were asked to sacrifice their favourite belongings for their friends 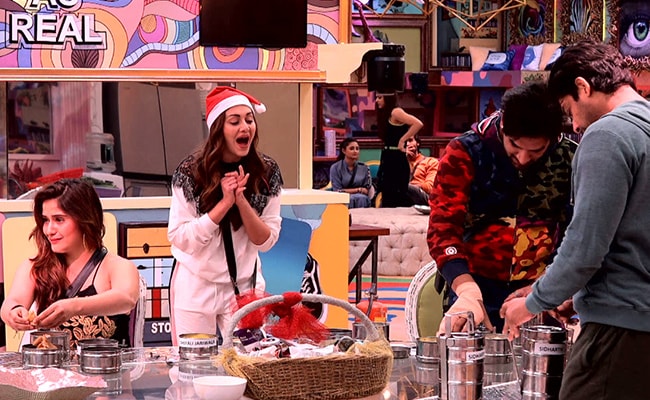 Bigg Boss 13: Shefali Zariwala and Paras Chhabra in a still from the show.

Keeping up with the spirit of Christmas, Bigg Boss decided to give the contestants a special gift by sending some homemade food especially for them. All the contestants got extremely emotional after Mumbai's world famous Dabbawalas got tiffin boxes with food for the housemates. Paras Chhabra, who has never shed a tear on the show before, broke down on seeing the food brought from his house and he referred to the Dabbawalas as his Santa Claus. During the episode, Bigg Boss revealed that there was also a surprise in store for the contestants who had won the stall task in Wednesday's episode. All the contestants forgot their fights for a moment and decided to share the food that was sent from their homes.

Asim Riaz completed his term as the house captain, which meant that it was time for another captain to take over the house. Shehnaaz and Vishal were announced as the contenders for this week's captaincy. As a part of the task, Shenaaz and Vishal had to convince their fellow contestants to sacrifice their favourite belongings. Asim was asked to give up his favourite gym belt for Shehnaaz. Despite his not-so-cordial relations with Shenaaz, Asim agreed to sacrifice his gym belt.