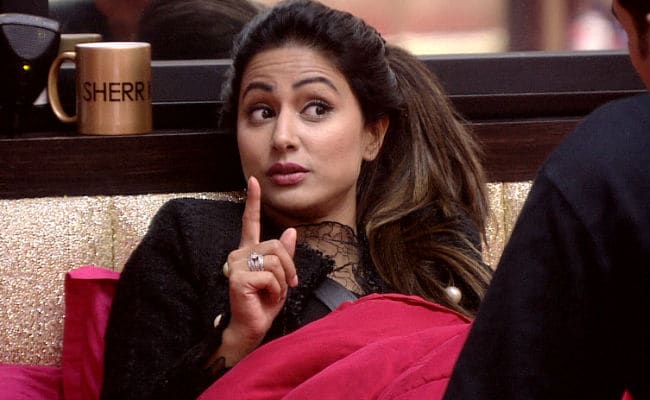 New Delhi: Hina Khan did it again. The Yeh Rishta Kya Kehlata Hai actress was once again caught on camera speaking ill of her colleagues and this time it was her Khatron Ke Khiladi colleagues Rithvik Dhanjani and Karan Wahi. In a new video (originally shared on Voot), which is now doing the rounds of social media, Hina Khan tells her Bigg Boss housemates Priyank Sharma and Vikas Gupta how Rithvik and Karan are "mentally weak." Rithvik came across the video and laughed it off and then added in a separate tweet: "Yes also everyone in the Twitter world... let's all of us take a chill guys. There is a world beyond big boss! And this laughter is for an inside joke. Karan Wahi samajh jayega." But Ravi Dubey, who also participated in the reality show with the trio, was 'disappointed" by Hina's words.

He tweeted: "Disappointed in your point of view about my friends, Hina Khan. I have witnessed everyone's journey in Khatron Ke Khiladi. Rithvik and Karan were my heroes in the show. They fought with earnestness and grace and overcame their fears quite like you and that's what the show was about." Rithvik also retweeted Ravi.

Disappointed in ur POV about my frnds @eyehinakhan I have witnessed everyone's journey in #khatronkekhiladi@rithvik_RD and @karan009wahi were my heroes in d show they faught wth earnestness & grace & overcame their fears quite like u and that's what the show was about @ColorsTVhttps://t.co/ugSjzUSxu6

Yes also everyone in the Twitter world...let's all of us take a chill guys!!!
There is a world beyond big boss!
And this laughter is for an inside joke @karan009wahi samajh jayega!! #Peace !! https://t.co/GC71DbDAhv

Take a look at Hina Khan's statement, which upset (at least) Ravi Dubey.

Please spread this Video by Retweeting
Thank you @realpal12 for sharing the voot clip#BB11#BiggBoss11#WeekendKaVaarpic.twitter.com/BIcL3LUytm

Promoted
Listen to the latest songs, only on JioSaavn.com
Rithvik, Ravi, Karan and Hina participated in the eighth season of the stunt based reality show. Hina was the first runner-up while Ravi was the second runner-up. Rithvik and Karan ranked #7 and #8 respectively.