Aquaman Movie Review: Jason Momoa's Film Is Patchy, Does Not Hold Much Water

Aquaman Review: Jason is a potent force, bringing forth the dimensions of the struggle of a hero who is at first reluctant to jump into battle. 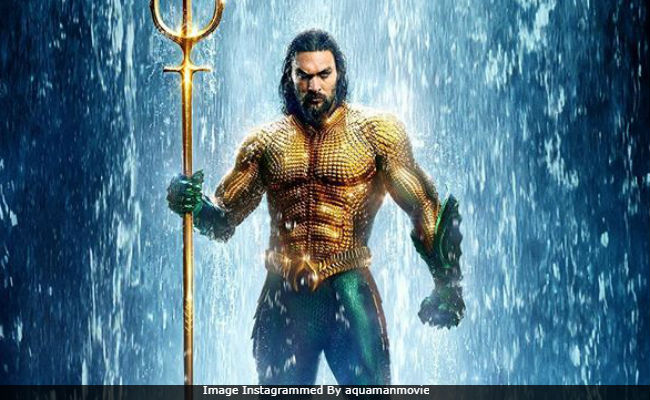 Swamped by familiar tropes of the comic-book superhero adventure genre, Aquaman, notwithstanding its visual gloss and exceptionally classy special effects, appears intent on sliding down a slippery slope. The film brooks no pauses. It plunges headlong into the story of the half-human protagonist's birth to a flesh-and-blood lighthouse keeper (Temuera Morrison) and a princess of an underwater kingdom (Nicole Kidman) fleeing an arranged marriage.

Every ten minutes or so thereafter, the plot takes a new turn, comes up with a fresh twist and introduces another character. By the time you wrap your head around them, it scurries off in some other direction. Fans of this sort of no-holds-barred, wires-and-rigs filmmaking might find the dizzying pace exciting, but constant blurring tends to get a touch tiring, not the least because Aquaman clocks in at a little under two and a half hours, significantly more than the standard length of a superhero film. So does it give you your money's worth? Yes, if you look at the brighter side of things. 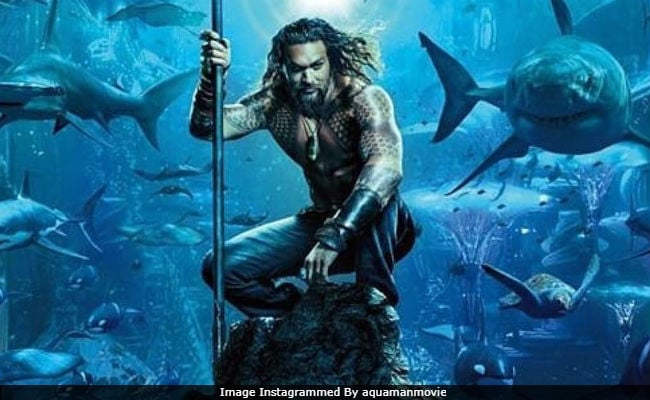 In his first superhero film, director James Wan, a proven conjurer of money-spinning supernatural horror flicks, often plays to his strengths, lending the overlong, pulpy saga great momentum and a high degree of kinetic energy by moving from one location to another - from the coast of Maine to the depths of the ocean to the Sahara desert to the city of Sicily. Every big idea that is serviceable is thrown into the mix, but all the action cannot paper over the big hollow created at the heart of the story by the very nature of the enterprise: more dazzling than convincing. Once the technical adroitness loses its novelty, the rest is just routine stuff.

However, the film's meta-human protagonist, played with vim and vigour by Jason Momoa, holds his ground in an all-out war to save the 'surface world' from the evil plans of the king of the underwater kingdom of Atlantis, Orm (Patrick Wilson), who aspires to unite the seven underwater kingdoms and assume the title of Ocean Master.

The alarm bells are ringing loud and clear, when the hero decides it is time for action. Aided and advised by two Atlanteans, Princess Mera (Amber Heard) and his mentor Vulko (Willem Dafoe), Arthur Curry/Aquaman is drawn into the mission to stop King Orm from pushing the world to the brink of war. On the baddie's side are Black Manta (Yahya Abdul-Mateen II), intent upon vengeance for the killing of his father in a piracy attempt thwarted by Aquaman, and King Nereus (Dolph Lundgren), who has promised the hand of his daughter Mera to Orm. Mera, of course, has other ideas.

Aquaman points to the concerns of our times. So, on one level, Orm's fury is sought to be justified. He wants to make the surface people pay for polluting the ocean and killing its children. Princess Atlanna, whose liaison with Tom Curry produces Arthur, a boy she raises until she is compelled to return to Atlantis to settle into matrimony in her own world so that her son isn't harmed, describes her relationship with a human as "living proof that people can co-exist". 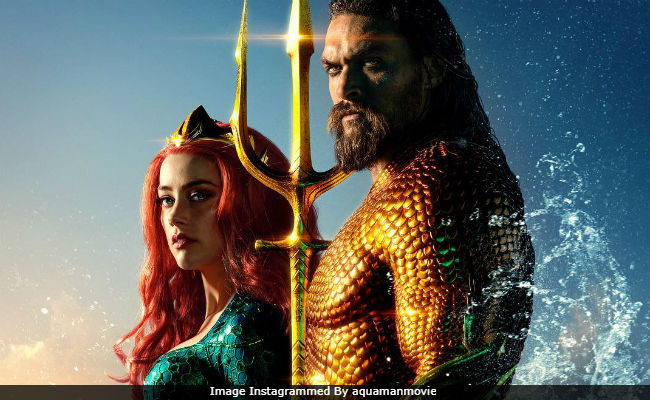 A little later in the film, after Arthur has grown into the liberally tattooed, muscular Aquaman who wields a trident to stunning effect, Mera shows him the customs and border control line in Atlantis and casually mentions to him that people do keep crossing across despite the enormous risks involved. War, the environment, the migrant crisis, a world on self-destruct mode - all these are undeniably hot buttons issues but are out-of-sync with the purpose of the film, which is really aimed at delivering non-stop entertainment. Some of it is cheesy, and some of it is good old-fashioned diversion.

Returning to Momoa, it is worth mentioning that he had two jabs at preparing himself for this solo Aquaman film, having appeared in two prior productions as the DC superhero in 2016's Batman v Superman: Dawn of Justice (in a blink-and-miss role) and 2017's Justice League (in which he appeared reluctant to seek the limelight). The dry-runs clearly helped him ease himself into the skin of Aquaman.

Flipping between the ferocious and the flippant - he protects a submarine from a vicious high sea pirate with as much aplomb as he guzzles beer and poses for selfies with 'fans' in a local pub - the actor embraces the eccentricities of the character with gay abandon. As a superhero, his arc is as fascinating as that of any other crusader that we see in the DC Universe. Momoa is a potent force, bringing forth the dimensions of the struggle of a hero who is at first reluctant to jump into battle, but after he has overcome his reservations, goes all out to live up to the power superhuman powers bestowed on him.

The spectacular and energetic action that unfolds in the eye-popping undersea world of Atlantis, where rulers and guards alike ride seahorses, crocodiles and sharks, the splendour of the imposing palaces, arenas and ruins at the bottom of the ocean, and the quality actors in the supporting cast (Willem Dafoe, Nicole Kidman, Patrick Wilson) enhance the firepower of this CGI-heavy extravaganza that never seeks to water down its overflowing tub of tricks.

Momoa is well supported by Amber Heard in the role of the Atlantean princess who throws her lot behind Aquaman. Has Willem Dafoe ever been less than perfect? Give him any role and he makes it his own. His turn as Vulko here is no different.

Aquaman is a patchy film that does not hold much water. The surfeit of plots and counterplots driven by heroes and villains who pop in and out makes the whirligig a tad confusing at times. But, on the flip side, the excess never allows the film to slacken its pace or lose its steam.