The yet-to-be-titled film is "inspired by true events," revealed a source 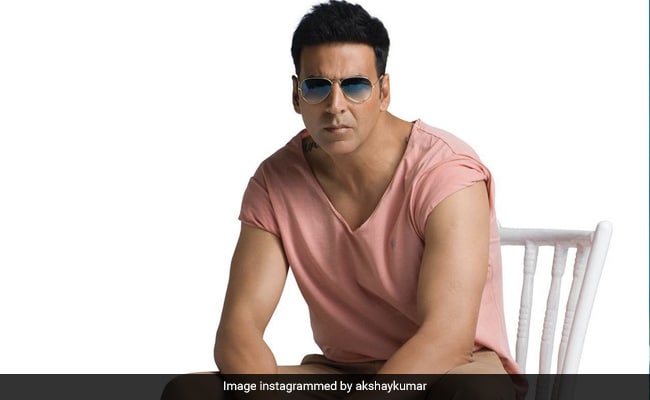 Akshay Kumar, who recently recovered from COVID-19, will collaborate again with Mission Mangal director Jagan Shakti for an action-drama, reported news agency PTI. Jagan Shakti made his debut as a director with the 2019 film Mission Mangal, in which Akshay Kumar played the role of a scientist alongside Vidya Balan, Taapsee Pannu, Sonakshi Sinha and others. Now, it has been reported that Akshay Kumar will start filming Jagan Shakti's new project once he fulfils his other commitments. Talking about the new film, a source close to the development told PTI: "This is an action-drama film with a dash of science. It is set in current times. It is inspired by true events. He will play the role of a law enforcement officer."

"As soon as Akshay fulfils his other commitments we, will begin shooting for this film. There are so many things in the pipeline for him, so we are also waiting to go on floors. Currently due to COVID-19, the schedule of all projects is affected," the source added, reported PTI. The yet-to-be-titled film will be produced by Vashu Bhagnani.

Akshay Kumar has a number of films lined up - Bachchan Pandey, Ram Setu, Bell Bottom, Prithviraj, Sooryavanshi, Atrangi Re and Raksha Bandhan. He was prepping for Ram Setu with Nushratt Baruccha and Jacqueline Fernandez when he tested positive for the coronavirus. The actor was admitted to a hospital later for COVID-19 treatment and he came back home a week later after testing negative for the virus.

Due to record spike in fresh COVID-19 cases in Maharashtra, the state government had announced a lockdown till May 1. The government also imposed tough new measures to break the COVID-19 transmission chain yesterday. The state reported over 560 deaths because of the coronavirus on Wednesday.