Actress Sameksha Singh Marries Singer Shael Oswal In Singapore; Says, "I Have No Plans Of Returning To Mumbai Now"

"I have said goodbye to the industry," said the actress 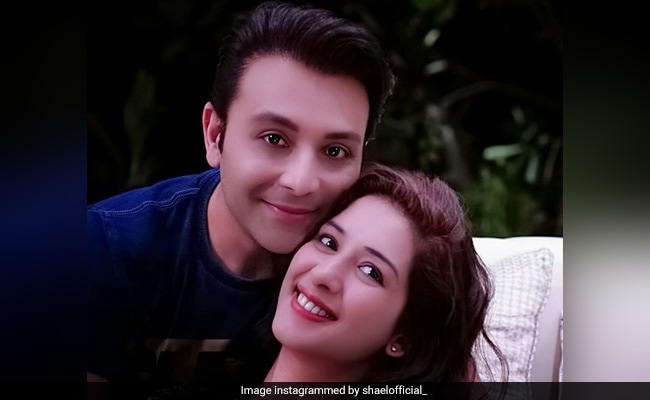 Actress Sameksha Singh, who is known for her performances in Punjabi films like Fateh and Vaapsi, married Singapore-based industrialist and singer Shael Oswal in a close-knit ceremony on July 3, reported Times Of India. The actress flew into Singapore in February this year to shoot a music video - Tere Naal - with Shael Oswal and got married to him at a local Gurudwara there in the first week of June. Speaking to TOI, she revealed that she has "no plans of returning to Mumbai" and that she has now "said goodbye to the industry." Sameksha and Shael's love story is like a fairy tale - he fell in love with her instantly after he met her for the shoot of their music video Makhmalii Pyaar and the two grew closer while shooting the song.

Within You I loose myself, within you I find myself @itsshaeloswal

Talking about why she and Shael Oswal decided to get married on July 3, the actress told the publication: "That date is auspicious for us, as it marks the birth anniversary of Shael's father, who passed away in 2016. We opted for a simple ceremony at a local gurudwara (in Singapore), which was attended virtually by our families."

Sameksha also opened up about how she fell in love with Shael while shooting Makhmalli Pyaar, which was sung by Shael and featured her in the lead, and said: "He had approached me for the song after seeing my photographs. While he says that he fell in love with me almost instantly, I had no feelings for him. During the course of the song, however, we got talking and grew closer. He is the biggest blessing in my life. I came to Singapore in February 2020 for the shoot of another song with him, titled Tere Naal, and bas uske naal hi reh gayi."

Sameksha has a 10-year-old son named Ameybir from her previous marriage while Shael Oswal has two children - daughter Sohanaa, 17, and son Shivam, 16 - from his estranged wife. Talking about her current rapport with her ex-husband, the actress said: "I got married in 2004 and my divorce came through in 2018. I have a 10-year-old son, Ameybir, from that relationship. My ex and I continue to be good friends, and he and our son are very happy for me."