Abhay Deol On Skin Cream Dropping "Fair" From Name: "What A Beautiful Beginning"

"It took a world backlash and the Black Lives Matter movement to give us a push in this direction," Abhay Deol wrote in his post 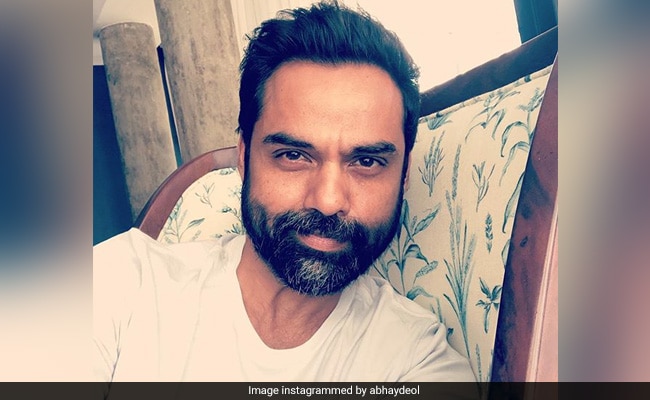 Abhay Deol, who was one of the first Bollywood stars to criticise celeb endorsements of fairness creams, described Hindustan Unilever's decision to remove the word "fair" from its "Fair & Lovely" range of products, as a "small step in the right direction." In an Instagram post on Friday, Abhay Deol, who has long been an advocate of the anti-colourism, wrote: "It took a world backlash and the Black Lives Matter movement to give us a push in this direction. But make no mistake, all of you who have been vocal about the need for a cultural shift in regard to the sale and endorsement of fairness creams in our country contributed to this victory." Abhay Deol had earlier posted about the Black Lives Matter movement, which ripped through USA, condemning the death of George Floyd, a man of colour, who died after being pinned down by an officer in the Minneapolis.

The Dev.D actor, who recently shared a long list of fairness creams, which continue to be popular choices on Instagram recently, highlighted in his new post that we have a long way to go about redefining the concept of "beauty": "We have a long way to go in breaking our conditioning of what constitutes for beauty, but this is a small step in the right direction. It's the starting point to a long road ahead. What a beautiful beginning," he wrote.

It took a world backlash and the #blacklivesmatter movement to give us a push in this direction. But make no mistake, all of you who have been vocal about the need for a cultural shift in regard to the sale and endorsement of fairness creams in our country contributed to this victory. We have a long way to go in breaking our conditioning of what constitutes for beauty, but this is a small step in the right direction. It's the starting point to a long road ahead. What a beautiful beginning! #nomorefairandlovely #peoplepower

Earlier this month, Abhay Deol posed this query to his followers, which was his way of calling out celebrities still associated with fairness products: "Do you think Indian celebrities will stop endorsing fariness creams now?" read his post, which was accompanied by a note on how fairness creams "evolved" from using to the term "fair" to replacing it with "euphemisms like 'skin brightening/ whitening', or 'lightening creams'". In 2017, a year after the #OscarsSoWhite movement in Hollywood forced the Academy to make reforms, Abhay Deol wrote powerful Facebook posts, criticising several Bollywood biggies for endorsing fairness creams. Those on his list included the likes of Shah Rukh Khan, Deepika Padukone and Sonam Kapoor, with whom he's co-starred in Aisha. In her response to Abhay, Sonam had plugged in Abhay's cousin Esha Deol's reference in her tweets. Sonam was trolled for bringing in Esha in the conversation and later deleted her tweets while Abhay's posts were responded with likes and comments supporting his view.

Overall analysis Fairness creams in India have evolved over the years, from being fairness creams to now using euphemisms like "skin brightening/ whitening", or "lightening creams". Most brands no longer want to be associated directly with being termed as 'fairness creams'. So now we have brands selling "HD glow", "White beauty", "white glow", "fine fairness", and so on. Over the years these companies have turned their attention towards the Indian Men, who are now trying to be "fair and handsome", and have dedicated power white ranges for them too. The hunt for fairness: Neutrogena fine fairness: Could not locate it on their global websites but it is available on Amazon and other sellers:https://www.amazon.in/Neutrogena-Fine-Fairness-Cream-SPF20/dp/B00BSPOXMW/ Ponds have a white beauty range:  The range includes products like anti-spot fairness cream which is available on affiliate websites like Amazon and Nykaa. On their own website could locate just the White beauty cream. https://www.ponds.com/ph/products/collection/white-beauty/day-cream-for-normal-skin.html* Loreal white perfect day cream: Apparently reduces the melanin level in the skin, gives a rosy appearance to your skin and is suitable for all Indian skin types. "reduce skin darkening  and boost anti-spot whitening for a brighter & younger look"https://www.lorealparis.co.in/products/skin-care/day-cream/white-perfect-clinical-day-cream/ Recently, Procter & Gamble skincare brand Olay announced that it will no longer retouch skin in its advertising by 2021 because it reflects an idea of beauty which is almost impossible to achieve. The statement was made during an event in New York. In March 2019, Olay also came up with a creative campaign #FaceAnything with @masabagupta @kubbrasait , @lilly, @bikewithgirl and @_payalsoni_ #Fairandlovely #prejudice #racism #fairskinobsession #fairnesscreams #kalagora #flawlessskin #hdglow #whiteness #complexion #skintone #shades #pearlextracts #microcrystals #ayurveda

Abhay Deol, known for being fiercely outspoken on social media, won hearts on Twitter for criticised celebrities for their reluctance to comment on pressing issues such as injustice and oppression at home after some of them joined the #BlackOutTuesday movement, posting black screens to condemn the death of George Floyd: "Now that 'woke' Indian celebrities and the middle class stand in solidarity with fighting systemic racism in America, perhaps they'd see how it manifests in their own backyard?" he wrote along with the hashtags: "#migrantlivesmatter, #minoritylivesmatter, #poorlivesmatter."

Maybe it's time for these now? Now that "woke" indian celebrities and the middle class stand in solidarity with fighting systemic racism in America, perhaps they'd see how it manifests in their own backyard? America has exported violence to the world, they have made it a more dangerous place, it was but inevitable that it would come back karmically. I'm not saying they deserve it, I'm saying look at the picture in it's totality. I'm saying support them by calling out the systemic problems in your own country, because they turn out to be one and the same thing. I'm saying follow their lead but not their actions. Create your own actions, your own movement, relevant to your own country. That is what the black lives matter movement is all about! In the larger picture, there is no "us" and "them". There is not a country that's real. But a planet in peril. #blacklivesmatter. In addendum : What I mean when I say the US "exported violence", and "made the world a more dangerous place" is in reference to their continued development of dangerous weapons, which are then exported to countries around the world as a solution to their problems. Even their own people do not support endless wars. And I'm not letting the other players in the war theater off either, that's why I have said a "more dangerous" place. That mentality has led them to militarize their own police, and that's where the "karma" comes. Karma means action, and their action of always fighting fire with fire has lead to a mentality which they then repeat on home ground. How many more decades must pass before we see the need for a different approach? A dialogue is what is needed, communication, not intimidation, whether on home soil or another country! An eye for an eye will make the world go blind and ironically it is only the US who is in the best position to lead us towards peace.

Actress Bipasha Basu also wrote about her skin tone - her "duskiness" to be precise - being a major point of "discussion" when she became an actress. "In most of my articles for all the work I did, my duskiness seemed to be the main discussion... it attributed to my sex appeal apparently," he wrote and added: "Many skin care endorsements with loads of money was offered to me in the last 18 years (some were very tempting)... but I stuck to my principle always."

From the time I was growing up I heard this always,"Bonnie is darker than Soni.She is little dusky na?"Even though my mother is a dusky beauty and I look a lot like her.I never knew why that would be a discussion by distant relatives when I was a kid. Soon at 15/ 16 I started modelling and then I won the supermodel contest ... all newspapers read ... dusky girl from Kolkata is the winner.I wondered again why Dusky is my first adjective ??? Then I went to New York and Paris to work as a model and I realised my skin colour was exotic there and I got more work and attention because of it. Another discovery of mine:) Once I came back into India and film offers started... and finally I did my first film and from an absolute Ajnabee to Hindi film industry ...I suddenly was accepted and loved. But the adjective stayed which I started liking and loving by then.DUSKY girl wows the audiences in her debut film. In most of my articles for all the work I did,my duskiness seemed to be the main discussion.. it attributed to my sex appeal apparently.And sexy in Bollywood started getting accepted widely.I never really understood this... To me sexy is the personality not just the colour of your skin...why my skin colour only sets me apart from the conventional actresses at that time.But that's the way it was.I didn't really see much of difference but I guess people did.There was a strong mindset of Beauty and how an actress should look and behave.I was DIFFERENT as it was pointed out. Didn't really stop me from being and doing all that I loved. Well you see I was confident and proud of who I was from childhood.My skin colour didn't define me ... even though I love it and wouldn't want it to be any different ever. Many skin care endorsements with loads of money was offered to me in the last 18 years ( some were very tempting)... but I stuck to my principle always. All this needs to stop. This wrong dream that we are selling ... that only fair is lovely and beautiful when the majority of the country is brown skinned. It's a deep rooted stigma. It's a mammoth step from the brand... and other brands should follow in the same footsteps soon

Actress Nandita Das, who headlines the anti-colourism campaign Dark Is Beautiful, wrote in a Mumbai Mirror article about how the campaign was supported by an overwhelming response: "In 2013, a Chennai-based organisation approached me to support their campaign, Dark is Beautiful. While I knew that the impact of colour bias is far-reaching, insidious and deeply affects our sense of self-worth and confidence, I didn't realise it would touch such a raw nerve. It suddenly went viral and brought attention to this prejudice which has been normalised over the years. By default, I became the face of the campaign. Probably because most actors were becoming lighter with every film."