Aar Ya Paar Review: Aditya Rawal Does His Best To Carry The Weight Of The Story

Aar Ya Paar Review: Sumeet Vyas, Ashish Vidyarthi and Dibyendu Bhattacharya hit the right notes for the most part. Sadly, their collective presence in the cast fails to lend credence to the proceedings notwithstanding the flashes of emotion and drama strewn across the narrative. 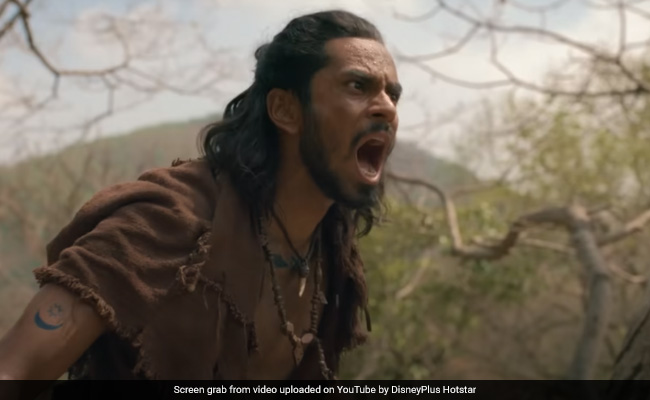 An all-out war between two worlds - one of the people who draw sustenance from a forest, the other represented by those who want to take control of the protected zone - is at the core of Aar Ya Paar, an eight-episode series created by Sidharth Sengupta for Hotstar Specials. The larger purpose notwithstanding, it does not take the show very long to turn into a conventional tale of vendetta centred on a young tribal man out to avenge his father, killed in cold blood by a mercenary on the payroll of a ruthless industrialist.

The old man, the head of his tribe, dies in an attack on a medical camp organised in the heart of the jungle for a protected and isolated community that has for generations kept the outside world at bay. A powerful industrial group wants the tribals out of the forest so that it can move in and mine the land for weapons-grade uranium and make huge profits.

Based on a story idea by Mohinder Pratap Singh and scripted by Avinash Singh, Vijay Narayan Verma and Sidharth Sengupta, Aar Ya Paar may seem like a series that has its heart in the right place. It is the mind that leads it astray and prevents it from taking the shape of a convincing and genuinely engaging tale of an age-old conflict between those that own the forests and those that covet them and have the political and financial means to grab them.

Aar Ya Paar, directed by Glen Barretto, Ankush Mohla and Neel Guha, does not mine the larger conflict points quite as much as it focuses on an individual's quest for vengeance. The brooding young protagonist is an exceptionally skilled archer who never misses a target with his bow and arrow, but the story of his valiant exploits never quite hits the mark.

The series hinges on the obvious. It depicts how modern notions of development and wealth creation are at odds with the traditional world of the tribals, where life moves at its own, unhurried pace, where peace and harmony reign.

Trouble erupts for the forest dwellers when an engineer stumbles upon a rock with traces of uranium. His employer, avaricious industrialist Reuben Bhatta (Ashish Vidyarthi), resolves to wrest control of the forest land forthwith.

When a pernicious attempt to evict the tribals from their habitat fails, Bhatta conspires to draw them out of their protected zone on the pretext of a free medical camp organised with the help of an unsuspecting activist-doctor, Sanghamitra (Patralekha Paul). A violent raid on the tribals leaves a large number of innocents, including the chieftain, dead. The headman's son Sarju (Aditya Rawal) flees to avoid being eliminated.

In a city somewhere in central India, Sarju meets a contract killer, Pullappa (Dibyendu Bhattacharya), who works for a criminal gang as well as for an archery coach looking for fresh talent from among uprooted, unemployed young tribals.

The scout, himself a displaced tribal, takes Sarju to the sports academy where the newbie instantly impresses everyone around him. But it isn't medals that Pullappa wants Sarju to win. He plans to use the youngster as a hitman.

Reuben Bhatta, beset by a major medical problem, is worried that his days are numbered. But the delicate state of his health does not dampen his obsession with profits. The man is ruthless not only with his foes but also with his own men if and when they fail to deliver what he wants.

Pullappa, too, has his share of life and death questions to deal with. The principal one pertains to his vulnerable wife and child. He is on the run because several of his recent contract killing jobs haven't proven successful. The gangster he serves is determined to make him pay if he does not succeed in eliminating a man who launders money for politicians and businessmen and is on his way to Delhi to spill the beans. Pullappa ropes in Sarju, whose instincts come in handy.

Aar Ya Paar isn't interested in exploring the plight of the tribal community that Sarju is a part of. The forest dwellers and their poisoned river are not what the spotlight is on. The series follows Sarju's single-minded efforts to punish the men responsible for his father's death.

In pursuit of his mission, Sarju has to deal with a special crimes cell officer Aditya Dutt (Sumeet Vyas), who has a keen sense of what the tribals are up against. The lawman's brief is to free the region of crime but he isn't entirely sure how to go about his job.

A subordinate says to Aditya Dutt: "Yeh tribals saari duniya ko jangal samjhte hain (These tribals regard the whole world as a forest)." He retorts: Nahi, woh jangal ko apni duniya samajhte hai aur hum jangal ko apni jaagir. (No, they regard the jungle as their world and we treat the forest as our fiefdom)." Later on, the officer admits that in order to stop the tribals it would be necessary to understand their grievances and aspirations.

That is unusual coming from a cop who takes orders from politicians and is charged with wiping out crime in and around the fictional forest of Jagdalganj. Unfortunately, Aar Ya Paar does not create enough space for this crucial conversation to go too much further. As the season draws to a close, the action shifts to Azerbaijan and Georgia. The change of scenery does little to liven up the show.

Shot in and around Bastar, Aar Ya Paar rustles up a world in which geography, logic and reality are frequently given the short shrift. Stuck in its rather facile ways, it does not shoot straight enough even when it appears to have taken aim at the right quarries.

Lead actor Aditya Rawal is called upon to carry the weight of the story on his shoulders. He does his best, but the screenplay is unable to work its way out of its superficiality often enough to give the performer an opportunity to breathe some life into the character and the plot.

Patralekha Paul in the role of a doctor who sticks her neck out to defend the tribals delivers in the scenes that matter. If only there were more such moments, her performance might have acquired greater depth and range.

Sumeet Vyas, Ashish Vidyarthi and Dibyendu Bhattacharya hit the right notes for the most part. Sadly, their collective presence in the cast fails to lend credence to the proceedings notwithstanding the flashes of emotion and drama strewn across the narrative. Their performances stand out, the characters the play don't.

Aar Ya Paar is a show that misses the wood for the trees. Its promising building blocks do not therefore yield the expected edifice.

Connect Review: Nayanthara Shines Bright In A Dystopian Drama That Thrives In The Dark