Dune won four awards even before the Oscars ceremony started 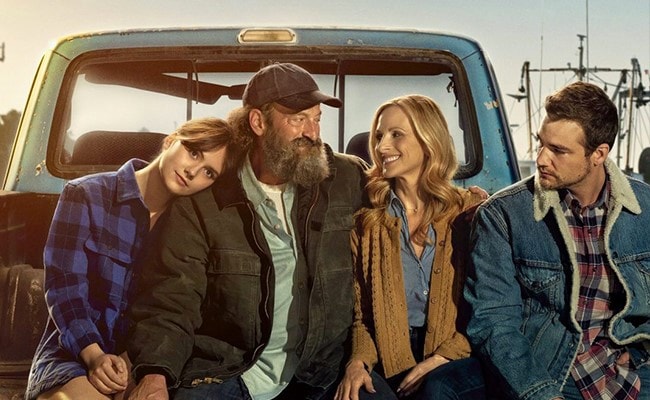 CODA's big win at the 94th Academy Awards is monumental in every way possible. The film won three big awards of the night - Best Film, Best Supporting Actor for the hearing-impaired Troy Kotsur and Best Adapted Screenplay. The film, written and directed by Sian Heder, is an English remake of the 2014 French film La Famille Belier. The film touches upon the life of Ruby Rossi (played by Emilia Jones), the only hearing member of a deaf family, who struggles to strike a balance between her personal life and her family's fishing business. CODA upset The Power Of The Dog which won only one of it's 12 nominations - Best Director for Jane Campion

The acting awards went to first time winners. Will Smith won Best Actor for King Richard, delivering an emotional speech in which he also apologized for having punched presenter Chris Rock for making a joke about wife Jada Pinkett a little earlier in the ceremony. Jessica Chastain won Best Actress for The Eyes Of Tammy Faye - she received her Oscar from Anthony Hopkins who did not appear at last year's awards to collect his Best Actor Oscar but turned up this year to give Jessica her trophy.

Troy Kotsur became the second deaf actor to win an Academy Award after his CODA co-star Marlee Matlin. After receiving the award, Troy Kotsur thanked his family and the team of CODA. He also dedicated his award to the deaf and the CODA community. He went on to say, "This is our moment." The actor was greeted with a standing ovation in sign language. Ariana DeBose won Best Supporting Actress for her performance as Anita in Steven Spielberg's remake of West Side Story - 60 years earlier, Rita Moreno won the Oscar for playing Anita in the original film.

Dune won six of the 10 awards it was nominated for. Japan's Drive My Car won Best International Feature, Encanto won Best Animated Feature and India's Writing With Fire missed out on Best Documentary Feature which went to Summer Of Soul.

The Academy Awards this year - like most years, to be honest - has navigated controversy. Despite fierce criticism, eight awards were presented off-camera - Best Documentary Short, Best Live Action Short, Best Animated Short, Best Original Score, Best Makeup And Hair, Best Film Editing, Best Sound and Best Production Design). Actress Rachel Zegler, star of Best Picture nominee West Side Story, was asked to present after she revealed on social media that she had not received an invite to the Oscars.

Best Director: Jane Campion (The Power Of The Dog)

Best Makeup and Hair: The Eyes of Tammy Faye