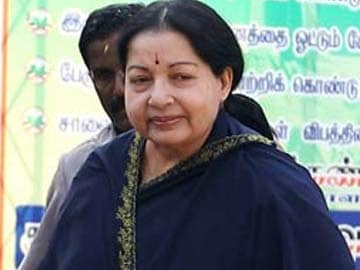 Chennai: Less than a fortnight after 11 parties stitched up a third front to take on the Congress and the BJP in the general elections beginning next month, it is coming apart at the seams with J Jayalalithaa refusing to give in to ally Left's demand for six seats in a seat-sharing pact in Tamil Nadu.

The Tamil Nadu chief minister has told the CPM and CPI that she is willing to give them only a seat apiece to contest in her state. The Left parties had in February announced that they were extending to this year's elections, their alliance with her AIADMK in the assembly elections three years ago.

On her 66th birthday last week, Ms Jayalalithaa seemed to have forgotten that pact when she released a list of party candidates for all the 39 Lok Sabha seats in Tamil Nadu and the one seat in Puducherry.  But she later said there would be changes to factor in her seat-sharing deal with the Left.

The CPM and the CPI will now meet tomorrow to consider the AIADMK's latest offer.

When leaders of 11 regional parties met in Delhi on February 25 to announce the alternative front being mentored by the Left, Ms Jayalalithaa did not attend. She sent a representative.

Cracks were visible even as leaders like Mulayam Singh Yadav of the Samajwadi Party and Nitish Kumar of the Janata Dal (United) put up a show of strength.

Promoted
Listen to the latest songs, only on JioSaavn.com
Ms Jayalalithaa, like many other constituents of that front, has prime ministerial ambitions.

She has also been assiduously wooed by the Narendra Modi's BJP, which, surveys predict, could emerge as the single largest party but short of a majority and is likely to scout for allies post the national elections.