Communist Leader in India Stands Firm as His Party Shrinks 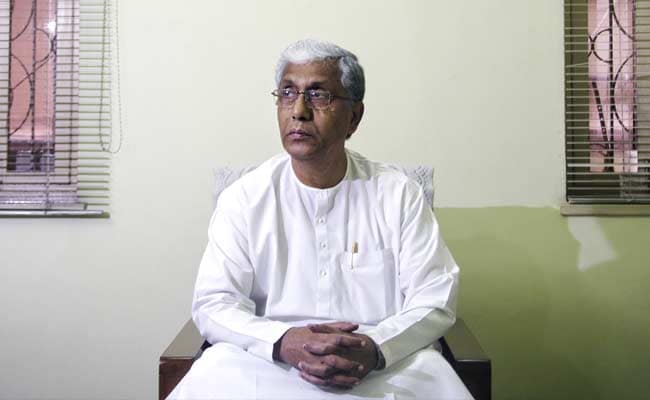 Agartala: This finger of land wrapped around Bangladesh is the last refuge for many of India's most endangered species, including the pygmy hog, the white-bellied heron and, perhaps most critically, the dyed-in-the-wool Communist.

Chief Minister Manik Sarkar of Tripura state is one of India's last Communists with political power, and he is a fine specimen of this disappearing species. He wears simple cotton tunics, leads blood donation drives and has a nearly empty personal bank account. His wife, perhaps even more beloved than he, goes to market by rickshaw.

But Sarkar's isolation will probably become even more acute after the votes are officially counted on Friday in India's national elections. For the first time, Communists are likely to win fewer than 16 seats in the national Parliament, possibly as few as 10. That would be a showing so disastrous in a body of 543 elected seats that many analysts are predicting their eventual extinction in a land that has been such fertile ground for Marx, Lenin and Stalin that these were once popular first names.

"Left-wing politics are alive and well in India, but true Communism will soon die out," said Dilip Simeon, an author and former Maoist guerrilla. "And they have only themselves to blame."

But some also blame India's failure to create a large industrial sector, the natural wellspring for Communist organizing efforts. Nearly 90 percent of workers toil in the cash-based "informal sector," where enterprises are small and jobs so fitful that unionization drives are nearly impossible.

"The one big reason for Communism's decline is the irrelevance of the industrial working class as a political factor," said Ajoy Bose, an author and commentator. "Indian manufacturing is in a terrible state."

Communism's redoubt here in Tripura, however, remains robust. The road from the airport into Agartala, the capital, is lined with red Soviet hammer-and-sickle flags planted every 15 feet. The party has 50 of 60 seats in Tripura's Legislative Assembly, and it has controlled the state government for 31 of the last 36 years - including an unbroken streak of victories since 1993.

Part of Communism's success in Tripura has to do with the fecklessness of its opposition, a branch of the Indian National Congress party whose corruption and incompetence from 1988 to 1993 were so profound that people speak about it as if they had survived a shipwreck.

"The opposition here is discredited, disorganized and so corrupt that it has no trust amongst the people," said Sekhar Datta, the longtime Tripura correspondent for The Telegraph, a newspaper in Kolkata, formerly Calcutta.

But Sarkar's efficient administration and unimpeachable honesty have also been important factors.

In just one example, Tripura ranked first last year among Indian states in its implementation of a national rural jobs program. The state has done such a good job exploiting its natural gas reserves that Tripura now sells surplus power, and residents are almost never without electricity, a rarity in India. Roads are surprisingly good, many city landmarks have been rebuilt, and literacy levels are among the nation's highest.

Some political ineptitude and venality persists. Samar Acharjee, a Tripura Communist leader, took a video of himself last year lying on a bed of cash he said he earned building toilets for the poor. In a state where two-thirds of residents live in poverty, such a selfie was not well received. The party expelled him.

Sarkar has been a Communist since his teenage years, and he speaks in a nearly lost dialect of CIA conspiracies, reactionary forces and false consciousness. But nobody pays much attention to such talk, Datta said. And Sarkar delivers his Communist sermons with such cheerful ingenuousness that they come across like a G-rated rap song.

Sarkar surrenders his salary to the party, which recently raised his monthly stipend to $117 from $83. He lives in a modest house provided by the state and lists a shelf stuffed with books as his most valuable possession. In a country awash in political corruption, his monkish existence is remarkable.

"My party has taught me to lead a simple life, and I have followed that credo since the beginning," Sarkar said in an interview.

Sudip Roy Barman, a member of the Indian National Congress and the leader of the opposition in the Tripura Legislative Assembly, said that the stories of Sarkar's relative poverty are overblown: Sarkar's leather sandals must have cost at least $50 and his rimless glasses $100.

"And even if he is remaining clean, he has surrounded himself with thieves," Barman added.

Other critics say that while Sarkar is genuinely poor, he has ensured that almost everyone else in the state is as well.

"They believe if people get rich, they won't be Communists anymore," said Jayanta Debnath, managing editor of a widely read local news website.

Sarkar agreed that great wealth is not a Communist interest. "We don't like to create millionaires or billionaires," he said. But he denied that he wanted to keep anyone impoverished. "We want to see that people do not starve."

On a steamy evening with just a ceiling fan to cool him, Sarkar showed no sign of discomfort. His white kurta appeared freshly pressed, and a gold pen sparkled in a shirt pocket. He blamed Communism's looming collapse in India on multinational corporations, which he said have used media companies to sully the reputation of Communists.

"India's market is important, and they want in," Sarkar said. "So they have attacked the party in its last bastions."

But he vowed to depend upon the party until the end. After all, it still pays him $117 a month.