The school, which has more than 600 students -- boys and girls -- will now see children coming to the classes in unisex uniforms, a progressive step taken by the school and its academic committee to address the gender issues from the early age.

This initiative is unique for a govt school in which gender-neutral short and shirt have been introduced
New Delhi:

"Probably, this is the first step to make a whole generation understand how we achieve gender equality in the society," says Raji C, headmistress of Valayanchirangara Government Lower Primary School, Ernakulam, Kerala. The school, which has more than 650 students -- boys and girls -- will now see children coming to the classes in unisex uniforms, a progressive step taken by the school and its Academic Committee to address the gender issues from the early age.

As reported by The Hindu this initiative is unique for a government school in which gender-neutral shorts and shirts have been introduced for all classes.

"Children face difficulties while wearing skirts especially while climbing steps and during rains. The new dress code will give them a certain level of confidence when they move around," the headmistress told NDTV.

Calling the move as 'revolutionary', Dr Benoy Peter, Chairperson, Academic of Committee of the school said, it will help the children break free the gender norms.

"Gendering begins with socialization. Two types of dress codes obviously create gender segregation. We introduced the unisex uniform format in the pre-primary classes first. The response -- both from the parents and children-- gave us a confidence to extend it to all classes," he added.

As usual, initially there were oppositions from the parents.

"Only from a section of parents," Ms Raji clarifies.

"Some parents have responded negatively, only a small group. However, the school Academic Committee had discussions with the parents and we were able to convince the parents," she added. 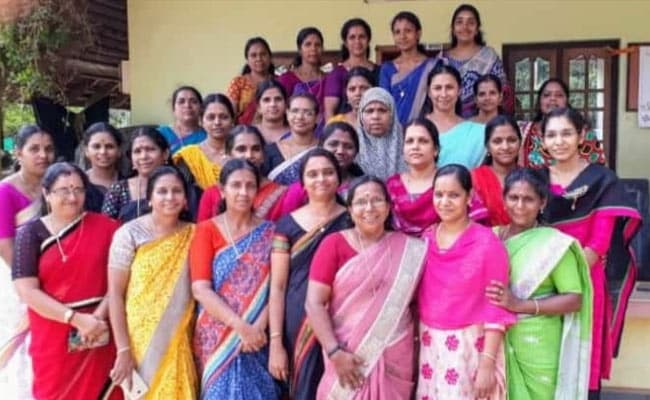 The unisex uniform wasn't the only step making this government LP school where an average of 105 students joins every year different.

The school, which has an all-women staff, had started social audit programme three years ago to let the public know about how the academic exercises help the children.

The work of auditing is done in January-February months by an outside agency in which the students are surveyed about their learning levels.

The school has also instituted Health Insurance Policy for all students. The school finds the money for the policy through sponsorships and payments from parents.

Contrary to the public perception, this government school has representation from all social groups as its students.

"With the quality of education we deliver here, students from poor, rich and middle class backgrounds come to our school," a proud headmistress said.

"A school for the society and society for the school: This is our motto," she said while giving all the credit for the developments to the 'all-supportive' Parents-Teachers Association and the locals.