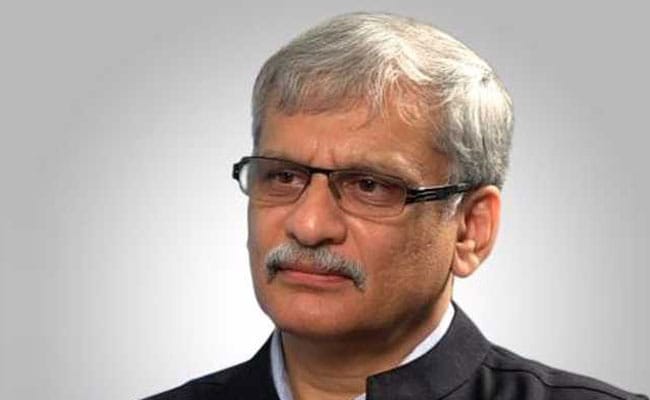 Errol D'Souza is a Professor of Economics, and the Dean of Faculty, at IIM Ahmedabad

Ahmedabad: Kumar Mangalam Birla, Chairman of the Board - Indian Institute of Management  (IIM) Ahmedabad Society today announced the appointment of Professor Errol D'Souza as Director-in charge, IIM Ahmedabad effective Saturday, September 2, 2017. Errol D'Souza is a Professor of Economics, and the Dean of Faculty, at the Indian Institute of Management, Ahmedabad.

Prof. D'Souza studied Economics and Statistics at the University of Mumbai where he was awarded the Kashinath Trimbak Telang gold medal for obtaining the first rank in in his M.A. (Economics) degree.

He obtained his Ph.D. as a University Grants Commission National Research Fellow from the Jawaharlal Nehru University, New Delhi.

He has also worked on academic committees of the University Grants Commission and the Indian Council of Social Science Research, and has been associated with the Planning Commission of India and the Reserve Bank of India in various capacities, including as a Member, Technical Advisory Committee on Monetary Policy. He is on the Academic Council of the Tata Institute of Social Sciences, the Institute for Human Development, Delhi, and on the Advisory Board of the International Centre for Development and Decent Work at Kassel, Germany.

He was a Director of the National Housing Bank and is currently on the Board of Governors of the National Institute of Public Finance and Policy, New Delhi, the Rajasthan Shram Sarathi Association, Udaipur, and the India Gold Policy Centre.