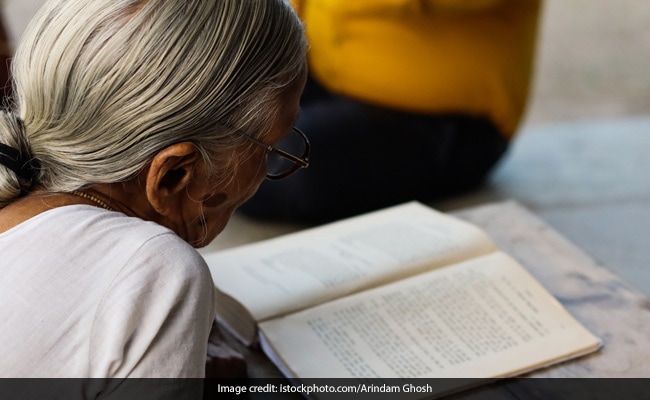 A 105-year-old great grandmother from Kerala, who appeared for the fourth standard equivalency examination, has come out in flying colours, making her the oldest student in the country to clear the papers.

The elderly woman, who had always yearned to study and gain knowledge, had to give up her dream of educating herself after her mother died as she had to take care of her younger siblings.

Fate dealt another blow when she became a widow in her thirties and had to shoulder the responsibility of bringing up her six children.

Due to her advanced age, she had difficulty in writing the exams and took three days to complete the 3 question papers on Environment, Mathematics and Malayalam, literacy mission sources said.

Bhageerathi Amma, who had left formal education in class three at the age of 9, became the oldest 'equivalency learner' in the Kerala State Literacy Mission programme to date. She scored 205 out of a total of 275 marks and scored full marks in maths.

One of her six children and 3 of her 15 grandchildren are no more. The woman has 12 grand and great-grandchildren.

Literacy mission director P S Srikala visited the woman at her house in Kollam, about 80 km from here, to congratulate her.

Bhageerathi Amma said she was keen to appear for the tenth standard equivalency examination.

A total of 11,593 candidates wrote the fourth standard equivalency examination of which 10,012, including 9,456 women, cleared it, a literacy mission release said.

Ninety six-year-old Karthiyani Amma had secured 98 marks out of 100 in "Akshra Laksham", a flagship programme of the state-run Kerala State Literacy Mission Authority in October 2018 and became a role model for thousands of people who wish to be part of the literacy programmes.

The aim of the Literacy Mission is to make the state fully literate in four years. According to the 2011 census, there were around 18.5 lakh illiterates in the state. To wipe out illiteracy completely, the Mission has chalked out several programmes, especially among marginalised groups like tribals, fisherfolk and slum dwellers.

(Except for the headline, this story has not been edited by NDTV staff and is published from a syndicated feed.)
Comments
KeralaKerala Result