What Are They Hiding?: Congress On AAP Lawmakers Refusing Lokayukta

However, three MLAs including BJP's Vijender Gupta and Manjinder Singh Sirsa and suspended AAP legislator Kapil Mishra furnished complete details of their assets and liabilities to the Lokayukta. 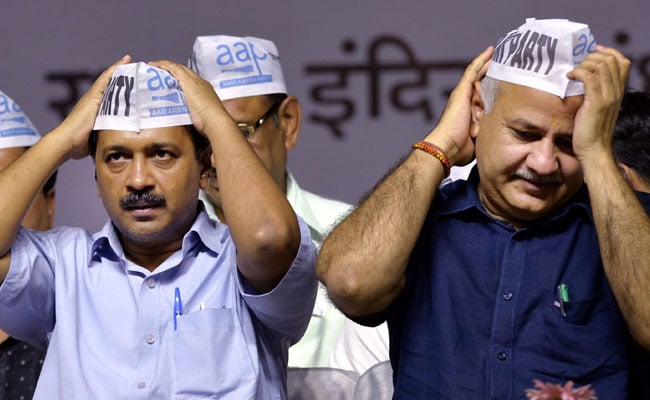 "There is an Act. There is a Lokayukta. The Lokayukta is appointed in consultation with the state government, I do not see any reason why this is not being done. There is only one reason I can think of... that they might have something to hide," Mr Singhvi said.

"As the Lokayukta has said if judges and other people are submitting their details, then it is very difficult to believe that MLAs are refusing to do so enmasse, as if they are under some kind of a general instruction or direction or diktat," he told reporters.

on Monday, over 50 Aam Aadmi Party MLAs in Delhi refused to furnish details of their assets and liabilities to the Lokyukta, stating in their replies to its notice that the ombudsman has no jurisdiction over the matter.

However, three MLAs including BJP's Vijender Gupta and Manjinder Singh Sirsa and suspended AAP legislator Kapil Mishra furnished complete details of their assets and liabilities to the Lokayukta.

The remaining MLAs have been given time till February 27 to file their replies. AAP spokesperson Saurabh Bhardwaj asserted that "there is no law that MLAs need to file details of their assets and liabilities to the Lokayukta".

At the same time, he said the central government should enable the provision under Lokpal and Lokayukta Act making it compulsory for all MPs and MLAs to file annual assets report and "we will support it".