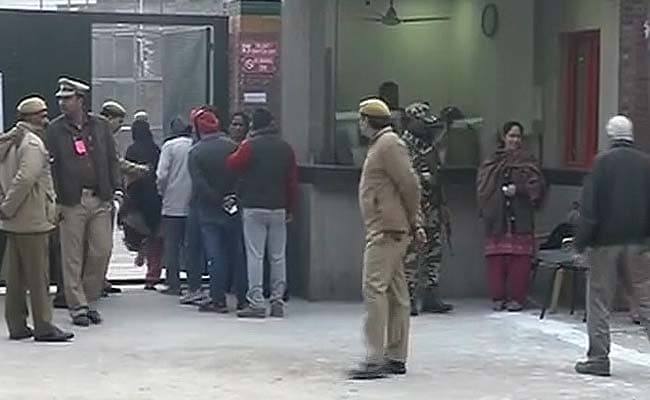 Polling in Delhi this morning

A flurry of tweets this morning set the tone for an intense political battle in Delhi, which is voting today for a new government.

A tweet from PM Modi has been a tradition in every recent state election.

His BJP has been on a winning streak since coming to power in May, but many see the party facing a tough challenge in Delhi from Arvind Kejriwal's Aam Aadmi Party.

Mr Kejriwal, who is running for Chief Minister, urged in his tweet to "take a bath and head out to vote with a prayer." He added a pun, "AAPki Zaroor jeer hogi (AAP/ You will definitely win)."

His main rival Kiran Bedi, the BJP's presumptive chief minister, tweeted a picture taken from her balcony and wrote, "The Sun God from my Window. Magnanimous for all, always. Giving me the Energy to Serve...Thank you."

Promoted
Listen to the latest songs, only on JioSaavn.com
Ms Bedi was seen praying in her balcony, offering an early peek to the cameras surrounding her home in south Delhi. She went to cast her vote not long after polling began at 8 am.

The Delhi election buzz reflected on social media and AAP's team appeared to be more aggresive. This morning, hashtags like #Vote4MufflerMan, #PressJhaaduButton and #DelhiVotes were trending on twitter.