None Hurt In Blaze At Delhi's Sarfdarjung Hospital

A fire which started in a garbage treatment plant of the Safdarjung Hospital, a Covid facility, has been brought under control. No one has been injured in the incident. 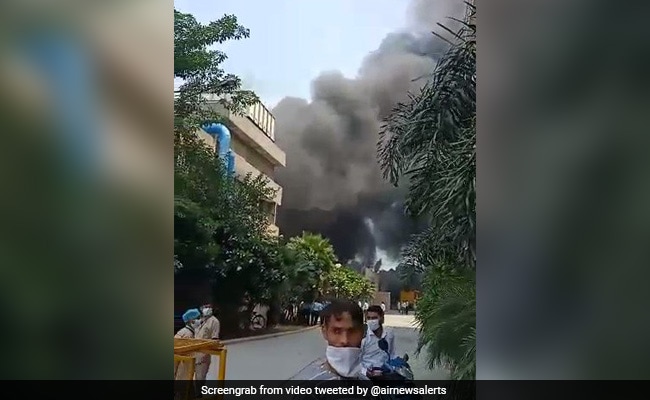 Videos of the fire at Delhi's Safdarjung Hospital have been shared widely on the internet.

A fire broke out at Delhi's Safdarjung Hospital this afternoon and thick smoke was seen rising from a section of the building's non-medical wing. There are no reports of injuries. Seven fire engines were sent to put out the fire.

Videos of the fire - now doused - have been shared widely on the internet. The blaze started in the hospital's garbage treatment plant, a Delhi fire service official said.

"The fire department received a call about the fire at 12.55 PM after which seven fire tenders were rushed to the spot. The fire was brought under control by 1.20 PM," Delhi Fire Service Director Atul Garg said, adding that the cause of the fire was being ascertained.

It is not yet known if patients, including those with coronavirus, had to be evacuated because of the fire at the hospital which has been functioning as a dedicated COVID-19 medical facility since March.

Safdarjung hospital is one of the two medical facilities in the national capital that are central government-run. The other is AIIMS.

The hospital had recently restored its Out-Patient services and elective surgeries to the pre-Covid timings of 8.30 AM to 11.30 AM.