In CCTV footage, the white Nissan GT-R that costs upwards of Rs 2 crore was seen performing dangerous stunts near India Gate at 4 am on Saturday, the police said 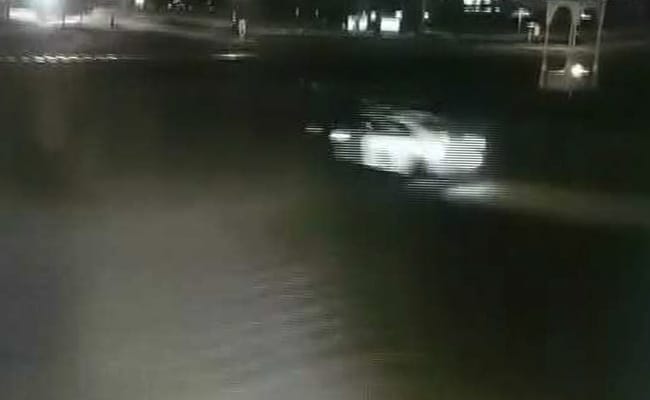 The roar of a powerful Nissan GT-R sports car thundering down the high-security Vijay Chowk in central Delhi immediately made the police swing into action in the early hours of Saturday.

In CCTV footage, the white car that costs upwards of Rs 2 crore was seen performing dangerous stunts near India Gate at 4 am on Saturday, the police said. The car, after making high-speed runs at the high-security area near the Rashtrapati Bhavan and where the Republic Day parade is held, left the place within minutes, the police said.

In a day-long search, the police tracked down the sports car using the licence number seen in the CCTV footage, news agency IANS reported.

The driver, who has been identified as Sarvesh Sindhu, is the nephew of Haryana Finance Minister Captain Abhimanyu, news agency ANI reported.

The car was found parked at a farmhouse in Delhi's Kapasera, near the border with Gurgaon.

According to police, Mr Sindhu was initially driving in normal speed, but accelerated on seeing the wide, empty road. He took three speedy, sharp rounds of a traffic police booth before speeding away, the police said.

The police said a challan will be issued against Mr Sindhu for dangerous driving.

Nicknamed "Godzilla", the Nissan GT-R is the Japanese carmaker's most famous sports car for consumers. The third generation car has been around since late 2007, but is one of the most constantly updated and tweaked products in the auto world.