Manoj Tiwari said that the BJP has shot videos in areas where people complained about dirty, undrinkable water. 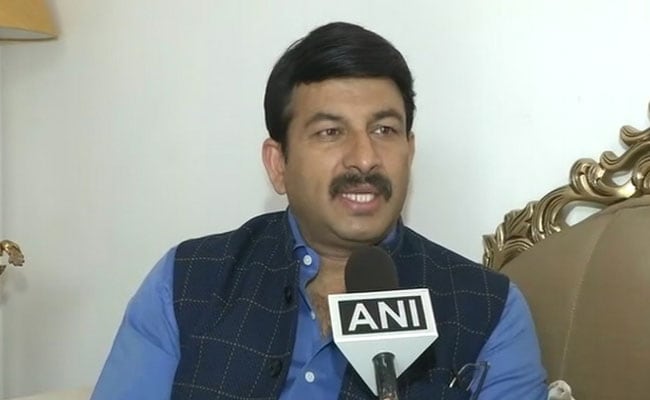 Delhi BJP chief Manoj Tiwari on Tuesday said his party has got a "reality test" to establish the veracity of Chief Minister Arvind Kejriwal's claim that there is no problem related to water quality in the city.

Mr Tiwari also launched a helpline number during a press conference, inviting complaints related to water quality from city residents. He said the complaints will be "used to create pressure" on Delhi government.

"We went to all the places where Kejriwal said his government laid new water and sewer pipelines in the last four years. We have shot videos in areas where people complained about dirty, undrinkable water," Mr Tiwari said.

The videos were combined into one and played during the conference in which people can be seen complaining about water quality in areas like Karawal Nagar, Sant Nagar and Burari.

"This video, shot after November 22, exposes Kejriwal's claim and shows why the Supreme Court is so concerned about the water quality issue," Mr Tiwari said.

Delhi Jal Board vice chairman Dinesh Mohaniya questioned the authenticity of the BJP's "so-called reality tests", saying, "They have shot random videos and are calling it evidence. This is a farce."

The Centre and the Delhi government have been trading allegations since Union Consumer Affairs Minister Ram Vilas Paswan released a Bureau of India Standards (BIS) report on November 16 which said water samples collected from 11 places in the city failed quality tests on 19 parameters.

According to the Delhi government, the samples from eight out of nine places in the city that figured in the BIS report were found fit for drinking in a second analysis.

It has also alleged that the BIS report was "fabricated" to benefit manufacturers of reverse osmosis (RO) purifiers.