The project at the Sun Dial Park in the national capital can convert 10 lakh litres of sewage into clean water and generate three tonnes of biofuel. 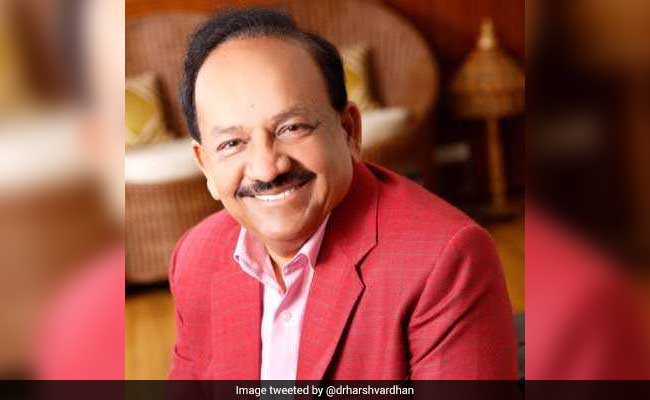 The clean water can be used in kitchen, garden, toilet, Harsh Vardhan said.

Union minister Harsh Vardhan inaugurated a project today under which a first-of-its-kind technology will be used to treat sewage from Delhi's Barapullah drain and generate biofuel from it.

The Local Treatment of Urban Sewage Streams for Healthy Reuse (LOTUSHR) project at the Sun Dial Park in the national capital can convert 10 lakh litres of sewage into clean water and generate three tonnes of biofuel.

"The biotechnology department has presented an example of how we can convert a drain into a profitable mine. It is at an experimental stage. We are taking water from the drain and cleaning it. The clean water can be used in our kitchen, garden, toilet, etc.," the minister for science and technology said.

"We have set up a laboratory here. Now, we can scale it up to the extent we want. It can become a model for the entire world," he said.

A professor from the Institute of Chemical Technology (ICT), associated with the project, said, "The technology will recover carbon from sewage and convert it into biofuel. Ninety per cent of the sewage treatment plants don't work in places such as Mumbai and Delhi because they require a lot of money to run. Municipal corporations spend lakhs of rupees per day on them.

"Sometimes electricity connection is snapped because the civic bodies are unable to pay power bills, and sometimes the maintenance work is not undertaken. So, most of the sewage treatment technologies are not sustainable. We are trying to create a technology which is self-sustainable - generates revenues and still do the job - at a mega scale."

"To put it in simple terms, in all the sewage treatment plants, carbon is burnt. In this case, we are capturing carbon from sludge and converting into fuel," he said, adding, "This technology is ahead of any other such technology in the world."

ICT developed the technology in collaboration with the Department of Biotechnology (DBT), Ministry of Science and Technology.

The project is a joint initiative of Indian and Dutch scientists. Around a year ago, DBT in consultation with the Delhi Development Authority (DDA) identified the Barapullah drain for setting up an on-site experimental testing lab for the pilot plant.

The DDA leased a 200 sqmt plot, adjacent to the Sun Dial Park, to DBT for five years for this purpose.

"This is an attempt to meet the goals set by the Swachh Bharat Abhiyaan and contribution of the DBT to the 'Swachhta Hi Seva' movement launched by Prime Minister Narendra Modi recently," Mr Vardhan said.