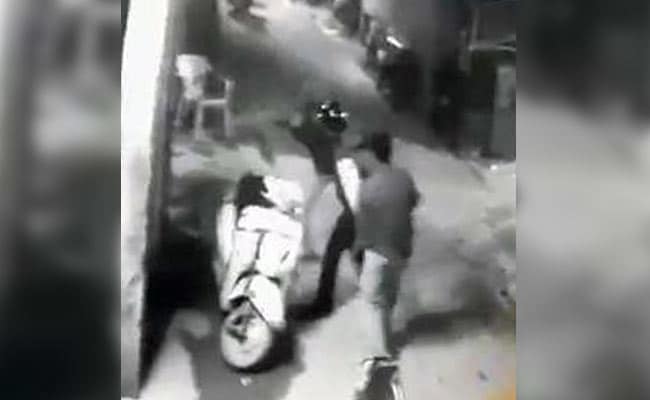 Armed robbers looted and killed a man in Delhi's Jhilmil industrial area on Saturday night. Hari Om Sharma, 35, a supervisor at a factory, was attacked by two robbers soon as he stepped out of the factory gate after working hours. The police are yet to track the two, who attacked Mr Sharma.

Around 8 pm, Mr Sharma left for the factory owner's house with Rs 2.5 lakh in his bag, said an employee. CCTV video showed two men hitting him as he was about to get on his motorbike with a bag. Mr Sharma was seen fighting back but he was overpowered and shot.

After hearing the gunshots, the guards at the factory gate ran out but they backed off as the armed men threatened to shoot them. The robbers took the bag of cash and fled on a motorbike.

The guards called the police, who took Mr Sharma to the hospital.

The robbers fired five bullets and three of them hit Mr Sharma, said the police. A First Information Report (FIR) has been filed against unknown persons and an investigation has been launched, said the police.

The police are analyzing the CCTV footage and questioning few employees, say sources. Officers probing the case suspect that a worker may have tipped off the robbers about Mr Sharma carrying cash to the factory owner's house.

Mr Sharma, a resident of Ambedkar Vihar, had joined the factory a year and a half ago as a supervisor, said his family.