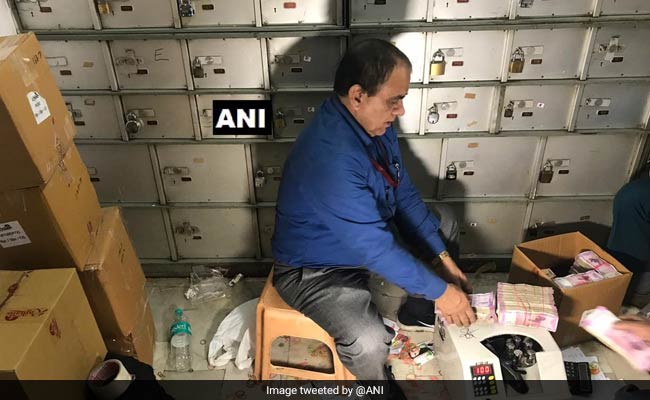 A team of the Income Tax Department raided as many as 100 lockers at a private vault on Sunday, in Delhi's Chandni Cowk area and seized cash worth Rs 25 crore. The raids were carried out in at least eight locations across the city I-T Department sources told news agency ANI.

The cash allegedly belonged to some high-profile individuals based in the National Capital Region (NCR), including tobacco traders, chemical traders and dry fruit dealers. Sources believe that these businessmen were apparently involved in hawala trading and had big international links.

This is the third major 'locker operation' carried out by the investigating agencies this year. The Enforcement Directorate (ED) in September, raided multiple locations in Delhi and Mumbai in connection with a Rs 700 crore Dubai-linked hawala racket and seized Rs. 29 lakh cash and a number of documents.

The raids, sources said, were linked to the businesses and alleged illegal financial transactions linked to a Dubai-based hawala operator Pankaj Kapur. He is already being investigated by the central probe agency in a hawala case to the tune of Rs. 3,700 crore.

Earlier in January, the I-T department had seized more than Rs 40 crore in cash from another private vault in the upmarket South Extension Part 2 in the capital.