Gangster Killed In Shootout In Delhi, 200 Metres Away From Police Station

During the shootout, Virender Mann alias Kale, 40, was with his driver, who miraculously survived. Police said they are verifying the driver's role during the attack. 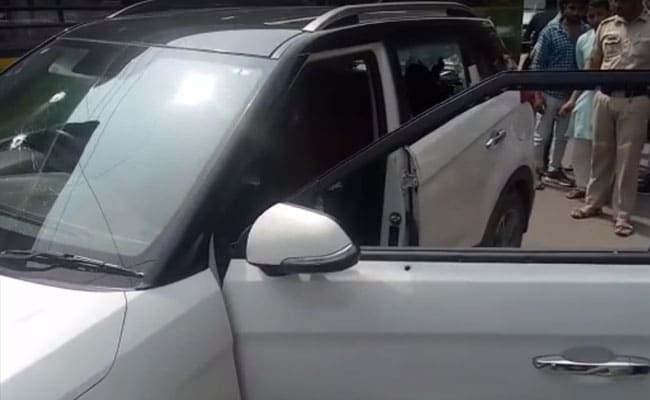 A gangster was shot dead by a group of assailants, who fired at least 40 rounds on his car in full public view just 200 metres from a police station in outer Delhi's Narela area on Sunday, police and eyewitnesses said.

During the shootout, Virender Mann alias Kale, 40, was with his driver, who miraculously survived. Police said they are verifying the driver's role during the attack.

The attackers had surrounded Mann's car and then fired multiple rounds on it.

Mann had 20-25 bullet entry wounds on his body, the doctors told police. However, the exact number will be confirmed only after the post-mortem is done, a senior police officer said.

He was involved in 13 heinous crimes, including murder and robberies. He was also associated with a political party and had fought the last municipal election, police said.

According to police, the shootout took place at 10.45 am on Lampur Road in Narela Industrial Area when the victim was going to visit one of his relatives in his car with the driver.

The white car was intercepted by four men travelling in another vehicle. When Mann's car was stuck in traffic, the assailants opened fire on him, a senior, police officer said.

A witness, who did not wished to be named, said more than 40 rounds were fired on the car and it all happened around 200 metres from Narela police station.

Mann was shifted to Raja Harish Chander Hospital where he succumbed, the officer said.

Police are probing if Sandeep Mental and Jitender Gogi gangs had any link with the shootout.