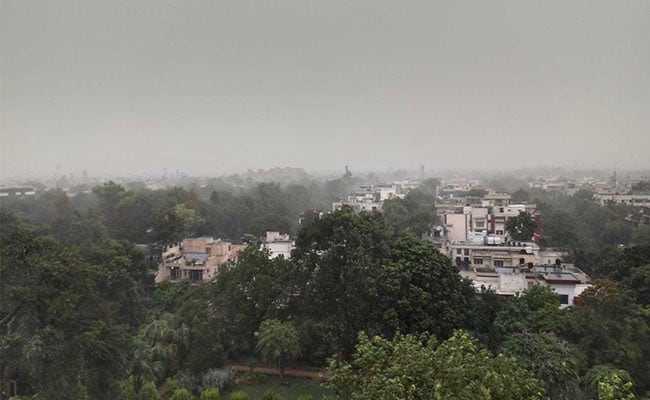 Though a cloud cover enveloped Delhi for quite some time on Monday, rains kept city residents waiting. However, the weather department said, light showers are likely at night and on Wednesday and Thursday.

"The axis of monsoon trough, which earlier extended from Rajasthan, north Madhya Pradesh to the Bay of Bengal, has shifted northwards slightly," Kuldeep Srivastava, a senior scientist at the India Meteorological Department said.

"It will move closer to south Punjab, Haryana and Delhi-NCR on Wednesday, resulting in rainfall in the region," Mr Srivastava said.

On Tuesday, the city recorded a high of 36.1 degrees Celsius, two notches above normal, and a low of 27.8 degrees Celsius. Humidity levels shot up 87 per cent.

According to Mahesh Palwat of Skymet Weather, a low-pressure area has developed over Odisha. Strong moisture-carrying easterly winds from the Bay of Bengal will enhance rains over west Uttar Pradesh, Delhi, Punjab, Haryana, Uttarakhand and Himachal Pradesh in the next three days.

Though continuous widespread rains in Delhi are less likely, the intermittent showers will provide some relief from sultry weather, he said.