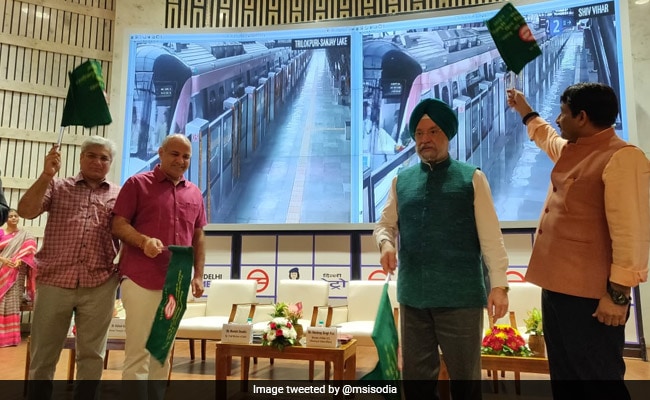 The Shiv Vihar to Trilokpuri Sanjay Lake section of the Delhi Metro Pink Line was flagged off by Union Minister Hardeep Singh Puri and Delhi Deputy Chief Minister Manish Sisodia on Wednesday. With the opening of this section, Delhi Metro has joined the league of top metro networks around the world which have an operational length of over 300 km like those in London, Beijing, Shanghai and New York. Now, Delhi Metro will be running 4,749 trips a day, the "highest ever" so far, a metro official was quoted as saying by news agency PTI.

The main highlight of this section will be the presence of three interchange stations - Anand Vihar (with Blue Line), Karkardooma (with Blue Line) and Welcome (with Red Line).

The new Pink Line section's Karkardooma station, at a height of 21 metres above the ground, is now the second highest Metro station on the entire network.