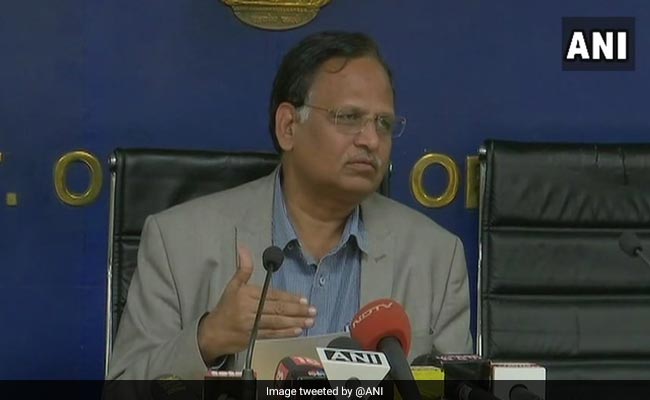 Justice Mukta Gupta issued notices to Mr Jain, Returning Officer, Chief Election Officer and three other candidates who had contested for the same constituency and asked them to file their responses within four weeks.

The judge listed the matter for completion of service of notice and pleading before the Joint Registrar on October 1 and for hearing before the court on December 15.

Advocate Manoj Goel, appearing for the BJP leader, sought that the Aam Aadmi Party (AAP) leader''s election be declared as null and void and a re-election be done on the seat.

The petition, filed through Sahil Ahuja, alleged that Mr Jain "bribed" voters of his constituency with "gifts", like cameras, benches, air-conditioners and computers, to some societies there and therefore, prevented them from exercising their right to vote in a free and fair manner.

"The facts set out would clearly demonstrate that the respondent no.1 (Jain) has violated the purity of the election process and democracy which are both basic features of the Constitution. Consequently, the respondent no.1 is also liable to be disqualified from contesting the elections for such period as specified in the Representation of People Act," the plea said.

It sought to declare Mr  Vats to be a successful candidate in the elections held on February 8, 2020 in Shakur Basti assembly constituency being the runner up candidate.

On the plea to preserve records of election, the high court refused to pass an order for maintaining status quo at this stage, saying the petitioner has already approached the court so late.

The plea has also claimed that Jain did not disclose his actual expenses incurred during the election campaign and exceeded the cap on poll expenditures.

The petition further sought that during pendency of the matter, Mr Jain be prevented from attending the legislative assembly and drawing emoluments or any other payments.