Delhi Election Result Also Historic for Congress. It Gets Zero. 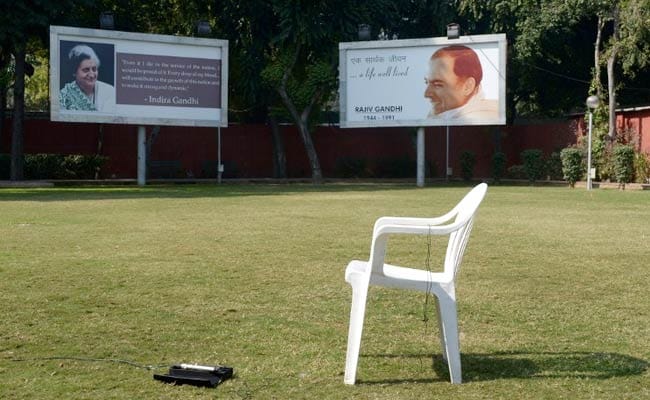 The Congress was reduced to zero seats in Delhi today as Arvind Kejriwal's Aam Aadmi Party swept the election, leaving just three seats for its main rival BJP and none for the rest.

All 70 Congress candidates lost, but as many as 62 of them lost their deposit, which means they did not win even a sixth of the votes cast.

Ajay Maken, who led the party's disastrous campaign, resigned as its general secretary, owing responsibility for the rout.

"This result has nothing to do with party leadership," Mr Maken said, insulating party vice president Rahul Gandhi from any direct criticism over the fifth loss for the Congress since the national election defeat in May last year.

In 2013, the Congress won eight seats, placing a distant third after the BJP and AAP after 15 straight years in power. It was a massive jolt to the party as well as its chief campaigner Sheila Dikshit, a three-time chief minister.

This time, surveys had predicted that it would stay in single digits but no one had gone below two seats.

The scale of defeat is especially humiliating for Mr Maken, who does not share the best of ties with Sheila Dikshit.

For the Congress, the defeat meant a reenactment of familiar scenes outside the Congress headquarters - a group of workers clamouring for Sonia Gandhi's daughter Priyanka Gandhi Vadra and shouting slogans of "Priyanka lao, Congress bachao!"

Promoted
Listen to the latest songs, only on JioSaavn.com
Some party leaders called for a relook into the party's "ideological construct."

Promising introspection, the party said in a statement, "This loss has registered strongly with us and we will take all steps to establish our connect with the people."

Former Jammu and Kashmir chief minister Omar Abdullah tweeted, "If there is lesson for the #Congress in this it is that Modi & BJP aren't unbeatable if you take the fight to them, don't wait for mistakes."