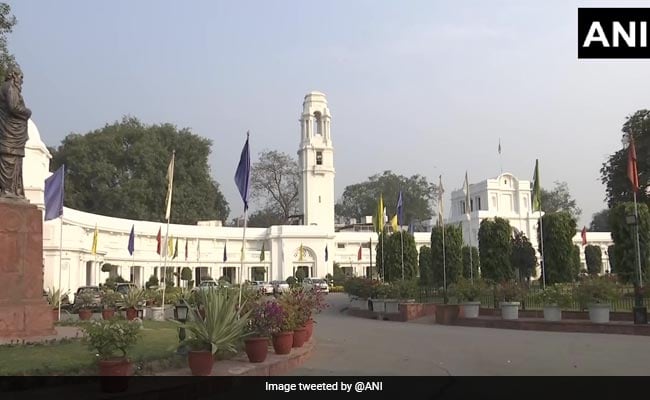 According to the bulletin the session will commence on July 4 at 11 am.

The two-day Monsoon session of the Delhi Assembly will commence on Monday, in which the AAP government will table a Bill to increase the salaries of MLAs, an Assembly bulletin said.

According to the bulletin the session will commence on July 4 at 11 am.

In view of the prevailing COVID-19 pandemic, the MLAs will require to wear face mask compulsorily.

"They will also compulsorily carry final certificate for COVID-19 vaccination or a negative report of the coronavirus test issued not earlier than 48 hours prior to the commencement of the session on July 4," the bulletin said.

According to the list of business of the monsoon session of the Delhi Assembly, Minister of Law, Justice and Legal Affairs of the AAP government Kailash Gahlot will table the bill for hike in the salary of ministers, MLAs, speaker and deputy speaker, leader of opposition and the chief whip.

In Delhi, a Member of a Legislative Assembly (MLA) presently gets a sum of Rs 54,000 per month as salary and allowances, which is likely to become Rs 90,000 after the hike.

The Union Ministry of Home Affairs (MHA) had in May conveyed its prior approval to the Delhi government to introduce legislative proposals in the Delhi Assembly for the revision of MLAs' salary and allowances.

Sources said that the AAP government is likely to bring a resolution in the Assembly to oppose Central government's Agnipath defence recruitment scheme in the monsoon session.

A similar proposal was passed by Aam Aadmi Party (AAP) government in Punjab on Thursday against the controversial scheme.

The scheme has seen protest in several parts of the country by defence aspirants.

During the monsoon session, the opposition BJP is likely to corner the city government on issues of irregular water supply, poor condition of public transport, liquor policy, pollution, alleged corruption in building school rooms among others.

Leader of the Opposition (LoP) in the Delhi Assembly, Ramvir Singh Bidhuri said that the Kejriwal government had been running away from discussing the problems of the people in every assembly session.  "Whenever the opposition tries to discuss problems like electricity, water, public transport, pollution, education, health, the government runs away from it. If Deputy Chief Minister Manish Sisodia has the courage, then he should debate on the problems of Delhi in the assembly," Mr Bidhuri said in a statement.