Dengue Cases in Delhi: The petitioner has alleged that due to inaction of authorities, many dengue cases are being reported every day 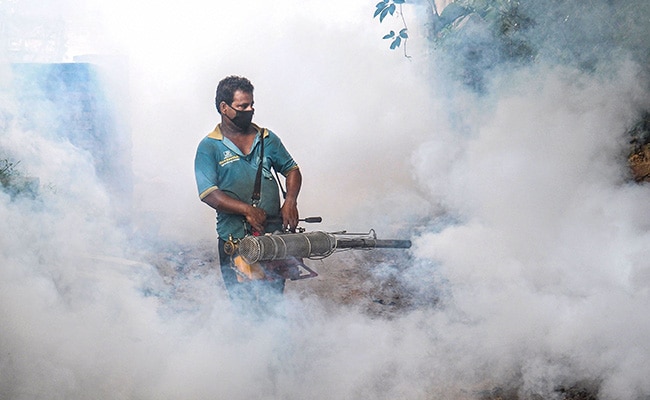 The Delhi High Court today sought response of the Delhi government and North Delhi Municipal Corporation on a plea for taking steps to control the dengue outbreak like regular fogging, forming inspection teams to check any growth of mosquito larvae on the premises and imposing penalties for violations.

Justice Rekha Palli issued a notice and granted one week's time to authorities to file their status reports in the matter and listed the plea for further hearing on November 18.

The petitioner, a resident of Model Town in North Delhi who is also suffering from dengue, said the area is facing an onslaught of dengue, like the rest of the city, and alleged that due to the inaction of the authorities in controlling the vector-borne disease, many cases are reported every day and hospital beds are being occupied fast.

Petitioner Ananya Kumar sought a direction to authorities to take proper measures to control dengue outbreak in the surrounding area of her residence and to conduct "regular fogging of the area, door-to-door awareness campaign, form teams to inspect dengue larvae on the premises/area to invite penalty for violation and issue dengue helpline numbers".

The Delhi government's additional standing counsel Anuj Aggarwal said the authorities are taking necessary steps so that the dengue outbreak in the city is contained.

The plea said the petitioner is living in fear that children and senior citizens of her family may also suffer from dengue fever which can be fatal in their age.

According to the report on vector-borne diseases released yesterday, nine deaths and a total of 2,708 dengue cases have been recorded in Delhi in this season till November 6, which is the highest count since 2017 for the same period.