The court's directions came after two CCTV footage were played - one showing the police officials along with the SHO trying to protect the gate of DJB office and another showing police officials not resisting any member of the mob from entering the main building. 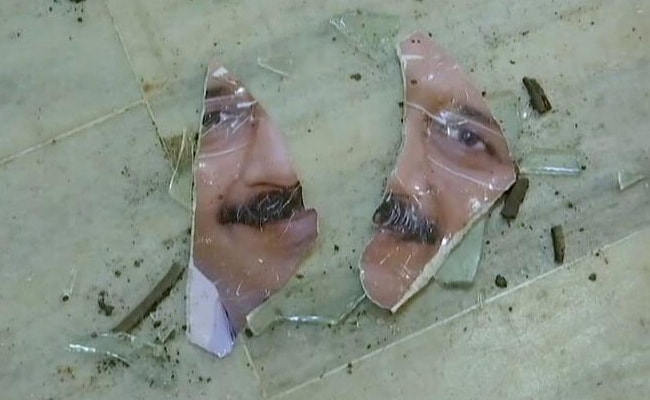 The court directed the police to file a progress report on March 9. (File)

A Delhi court has directed the police to collect all CCTV footage of the alleged vandalism of Delhi Jal Board (DJB) office in December last year and conduct an investigation in an impartial manner to unearth the truth.

The court's directions came after two CCTV footage were played - one showing the police officials along with the SHO trying to protect the gate of DJB office and another showing police officials not resisting any member of the mob from entering the main building.

It was hearing a plea filed by Delhi Jal Board vice chairman and AAP MLA Raghav Chadha seeking a court-monitored investigation in the case of alleged vandalism and attack on staff members.

"ACP (Assistant Commissioner of Police), DIU (District Investigation Unit), is directed to collect all the CCTV footage, analyse the same and take appropriate action in the present matter. Investigation would be conducted in impartial manner to unearth the truth of the matter," said Chief Metropolitan Magistrate Ganjender Singh Nagar in his order passed on March 1 (Monday).

The court directed the police to file a progress report on March 9.

The application filed by Chadha has alleged that the attack was orchestrated by BJP Delhi president Adesh Gupta and party leaders Yogendra Chandoliya, Ravi Tanwar Upadhyaksh and Vikas Tanwar.

Advocate Prashant Manchanda, appearing for Chadha, contended that a fresh FIR may be directed to be registered on the complaint.

The court's order noted that CCTV footage of main iron gate was played, from which it was apparent that police officials along with SHO trying to protect the gate, however, few persons from the mob scaled up the gate, jumped inside the premises, open the gate forcefully from inside, thereafter persons standing outside the gate came inside the premises despite there being resistance from the police.

"Another CCTV footage has been shown wherein it can be seen that the mob is entering the main building of varunalaya. This time police is there, but police officials are not resisting anybody," it said.

It also noted that ACP had pointed out that sections of rioting and unlawful assembly have been added in the charge sheet and the police was doing appropriate investigation in the case.

The court had earlier directed the concerned DCP to file a report on why appropriate sections have not been added in the FIR despite there being videos and photographs in which more than five persons involved in the alleged vandalism.

It had also directed the police to file the report on why for the period of one month, no witnesses present at the spot have been examined, why videos and photographs were not seized promptly when things were very much clear from them.

"Why the Crime Investigation Team was not called at the spot. Why the investigation of the present case may not ben handed over to some senior officials to the rank of Additional DCP/ACP when the parties involved in the matter are big politicians," the court asked and directed the police to file the replies to it.

The police had informed the court that a FIR has been registered under sections 188, 269, 34 (common intention) of IPC and Epidemic Disease Act was added later on.

Chadha said that the application is being filed due to alleged inaction coupled with dereliction of duties by police, which aggravated the rampage meted out by the offenders who unleashed the "abominable" attack on the Delhi Jal Board (DJB) and its staff on December 24 last year.

Around 200 to 250 BJP workers allegedly vandalised the DJB headquarters in broad daylight, the application has alleged.

"The incident of violence was aggravated due to the conspicuous inaction on the part of the Delhi Police which nonchalantly stood as mute spectators while the mob created havoc and illegally trespassed the DJB headquarters and woefully ravaged the public property of DJB," it has said.

The application has also sought the court's directions to the deputy commissioner of police concerned to file an action taken report regarding the steps taken by the Delhi Police in view of the alleged "partisan and biased actions and attitude displayed by policemen in the viral video of the incident".

It has further sought registration of an FIR against the alleged delinquent police officials for illegal omission to perform their duty.
The mob damaged furniture, destroyed computers and printers, tore and brought down pictures of Delhi Chief Minister Arvind Kejriwal and caused harm to the staff, injuring and intimidating them, the application has said.

It has claimed that the allegations can be primarily buttressed by CCTV camera footage.

The application has alleged that police lodged an FIR frivolously under trivial sections without any headway whatsoever using the COVID-19 pandemic as a shield.