A senior government official said that as per the plan, live feed of meetings with audio output will be available on a web site, and if the proposal is passed, funds will be allocated for it in the upcoming budget. 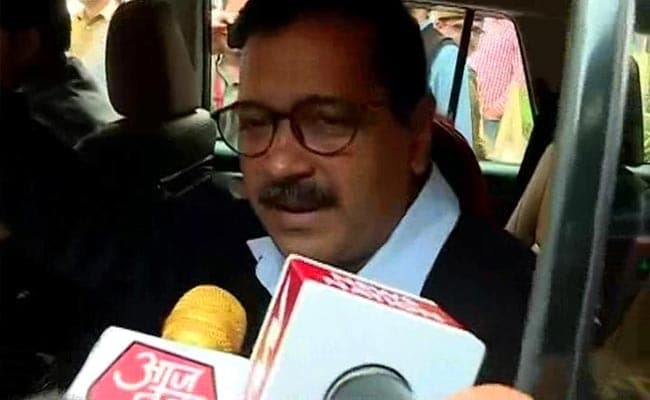 Delhi government is considering live streaming of all meetings of its ministers. (file photo)

New Delhi: The row over the alleged attack on Delhi chief secretary by AAP MLAs today intensified with government employees demanding action "as per law" against Chief Minister Arvind Kejriwal and his deputy Manish Sisodia in the case, even as the AAP dispensation mulled live streaming of all meetings of its ministers.

Digging their heels in, the officers, including those from IAS and DANICS, said they will continue to communicate with ministers only in writing until Kejriwal and Sisodia give a public apology over the alleged incident at the chief minister's residence on the intervening night of February 19 and 20.

In a resolution, the Joint Forum of Delhi Government Employees also rejected mediation by Delhi minister Rajender Pal Gautam, the peacemaker" appointed by the AAP government, who said the attitude of officers "is not correct" and "they should show a positive response to government efforts to end the current crisis".

Meanwhile, the AAP, which has alleged that its minister Imran Hussain and Delhi Dialogue Commission's Vice Chairman Ashish Khetan were assaulted, sent a delegation to Delhi Police Commissioner Amulya Patnaik to demand "justice" for its leaders and action in the cases.

The delegation, which included AAP leader Ashutosh and party MP Sanjay Singh, told reporters that they gave Patnaik "video evidence" of the "assaults" that took place on February 20 at the Delhi Secretariat.

Ashutosh claimed that police were prompt in taking action against AAP MLAs Prakash Jarwal and Amanatullah Khan -- for allegedly assaulting chief secretary Anshu Prakash - though there was no evidence against them.

"The AAP MLAs were arrested though he (Prakash) produced no evidence. What about the life threatening attacks on Delhi minister Imran Hussain and DDA vice-chairman Ashish Khetan, who enjoys the rank of cabinet minister," Ashutosh asked.

Amid the standoff with the bureaucracy, the Delhi government today said it is now mulling live streaming of all meetings of its ministers.

A senior government official said that as per the plan, live feed of meetings with audio output will be available on a web site, and if the proposal is passed, funds will be allocated for it in the upcoming budget.

"Through live streaming of official meetings, people will be able to know who spoke what in the meeting, be it the elected representative or officials," the official said.

With no end to the stalemate in sight, Gautam, who is the social welfare minister, said that trust building is not the work of political executive only.

"Government is taking an initiative to end this problem and now the (agitating) officers should come forward in a bid to build trust and have a dialogue so that governance does not affect," he told reporters here, while asserting that there is also a plan to put all file movement and notings online.

However, the employees forum appealed to Lt Governor Anil Baijal and Police Comissioner Amulya Patnaik to take action against Arvind Kejriwal and Manish Sisoida in the chief secretary assault case.

Its resolution claimed that instead of apologising and admitting their mistake, the chief minister and and the deputy chief minister are in a "denial mode" which shows that they were a "part of the conspiracy".

"This shows that they were a part of the conspiracy and since they are specifically identified in the FIR, we appeal to LG and the Commissioner of Police to take action as per law against CM & Dy CM," the resolution said.

In such a situation, communication between the political and permanent executive can only continue through formal written means and no talks are possible, it said.

"Therefore, the Joint Forum resolves that all Delhi Government employees will continue to work through formal written means of communication," the resolution said.

Promoted
Listen to the latest songs, only on JioSaavn.com
"The Joint Forum of Delhi Government Employees demands that the prerequisite to any dialogue with the political executive is a specific written and public apology from Hon ble Chief Minister & Hon ble Dy. Chief Minister regarding the criminal act of physical assault on the Chief Secretary," the resolution stated.

Bureaucrats of the Delhi government have earlier decided to boycott all meetings.