"BJP Has Sent Defamation Notices Against Me And Raghav Chadha" : Atishi

Atishi said the notices were an attempt by BJP to "silence" them, while Raghav Chadha said his party will not be scared by "such intimidation tactics". 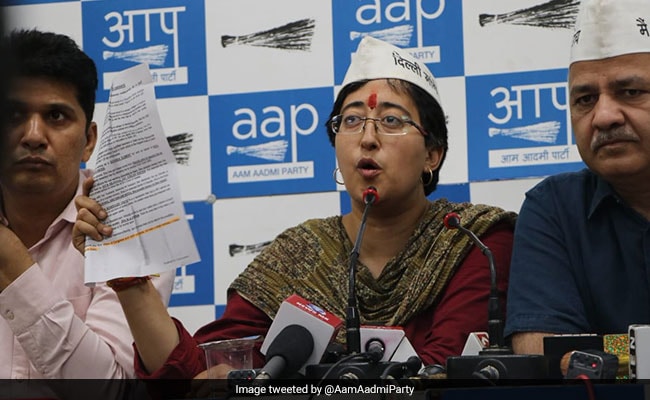 Atishi said the notices were an attempt by BJP to "silence" them. (File)

Aam Aadmi Party leaders Atishi and Raghav Chadha claimed Wednesday that the Leader of the House of the BJP-ruled North MCD, Yogesh Kumar, has sent defamation notices of Rs 1 crore to them for alleging corruption in municipal corporations.

No immediate reaction was available from Mr Kumar.

Atishi said the notices were an attempt by BJP to "silence" them, while Mr Chadha said his party will not be scared by "such intimidation tactics".

"The BJP has sent criminal defamation notices against me and Raghav Chadha for raising the issue of corruption by the BJP in MCDs. North MCD House Leader, BJP councillor Yogesh Kumar Verma, has sent these notices of defamation of Rs 1 crore to both of us," Atishi said.

"The BJP wants to silence us so that we do not expose their corruption. The BJP believes they can intimidate us by sending defamation notices," claimed Atishi.

Mr Chadha alleged the BJP wants to suppress the voice of people by filing claim cases.

"The BJP leader, Kumar of North MCD, has issued both criminal defamation and civil defamation notices against us. This means the BJP has claimed that we have disrespected North MCD. It clearly shows BJP's intention is to do corruption and if you raise a question or expose them then you will be slapped with defamation notices," he told reporters.

"We will fight against BJP's corruption and launch a statewide movement to expose the BJP," he said.