JNU student Anoop Patel did a comparative study on India's Reservation Policy and South Africa's Affirmative Action for his doctorate. 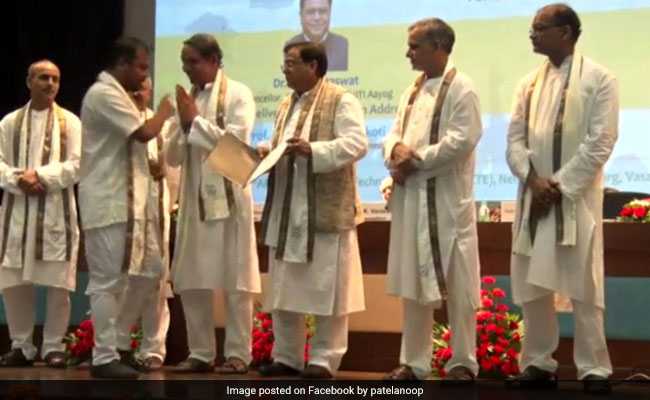 Anoop Patel protested against the VC's role in negating the idea of an inclusive campus.

A JNU student refused to shake with Vice-Chancellor M Jagadesh Kumar at the convocation ceremony today, in protest against, what he termed as, his "role in negating the idea of the varsity being an inclusive campus".

Anoop Patel, who did a comparative study on India's Reservation Policy and South Africa's Affirmative Action for his doctorate, attended the convocation ceremony but when Mr Kumar acknowledged him and wanted to shake hands, he did not reciprocate.

"The way the image of JNU has gone down, the VC has a huge role to play in it. The decisions, policies which are enacted by the Vice-Chancellor are against the inclusive, democratic, progressive and secular credentials of our JNU," he later claimed.

"I told Saraswat sir, 'I will definitely shake hands with you," he said.

Delhi Metro To Soon Roll Out Its First E-Auto Service