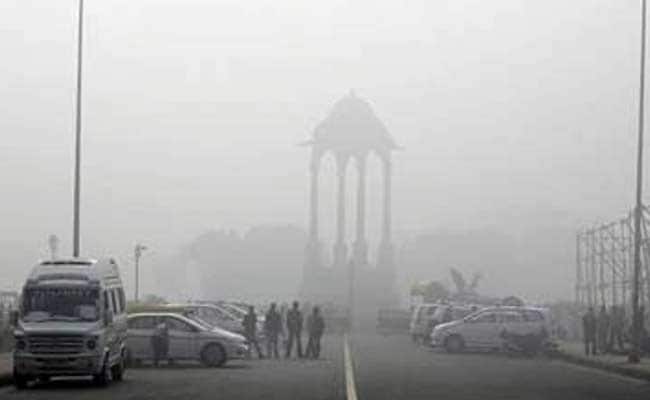 New Delhi: Air pollution in Delhi is worst during winter season, a study said on Tuesday.

As the cold weather sets in, residents are exposed to significantly higher levels of air pollutants in Delhi during winter season compared to summer season, the study said.

The study is likely to assist in the development of targeted policy instruments to control air pollution.

According to researchers, air samples were collected in June 2013 and between December 2013 and January 2014, adjacent to a heavy traffic site on Mathura Road, an area highly influenced by industrial emissions in Delhi.

"It was found that for average 12 hours...PM 2.5, fine particles, which is less than 2.5 micrometers in diameter, concentrations in winter were significantly higher than the 24-hour National Ambient Air Quality Standard in India," it said.

"Harmful components including lead, zinc and polycyclic aromatic hydrocarbons were found to be present in very high concentrations during winter season," it stated.

The study said the particles are associated with respiratory diseases such as asthma and bronchitis, and they can also cause inflammation and exacerbate cardiovascular diseases.

Earlier in 2014, the government identified air pollution as one of the top 10 health risks for India.

"Exposure to particulate matter affects human health but cost-effective abatement measures depend upon a quantitative knowledge of the contributions of different sources in the atmosphere," said Roy M. Harrison, professor, University of Birmingham.

The quantitative analysis shows that sources of particulate matter include soil, dust and emissions from vehicles, wood, coal and waste burning.

Promoted
Listen to the latest songs, only on JioSaavn.com
"Dust and soil level in the air increase in summer when temperatures are high with less rainfall. However, in winter season, when people use wood and other substances for heating, low temperature accompanied with little or no wind can lead to building-up of pollutants in the atmosphere."

Pallavi Pant, a researcher at University of Birmingham, said: "This is an exciting piece of research and we are hopeful that this data will help in preparation of action plans for air pollution control. We are continuing to engage with the academic community in India to further assess the health implications."