The police were able to track the accused by means of a Paytm transaction made from the victim's phone. 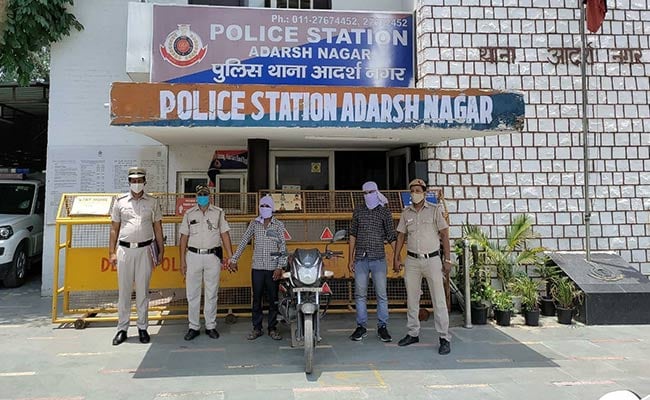 Two people have been arrested in the Adarsh Nagar incident.

A transaction alert message from digital payment service Paytm and a CCTV footage helped Delhi Police crack a robbery and stabbing incident in the city reported last week. Two men have been arrested, while a third accused is still missing.

Tribhuvan, 23, who works as a waiter at a restaurant in nothwest Delhi's Adarsh Nagar, was walking to his home after work on Thursday (July 1) at around 12:30 AM when two men attacked him. They snatched his mobile and wallet, and stabbed him with a knife. Even as he resisted the robbery bid, they overpowered him, ran away and joined the third accused who was waiting on a bike, police said.

Tribhuvan, who is from Uttarakhand, was hospitalised soon after the incident.

As a probe was launched in the case, the surveillance footage around the area was analysed that helped police spot the accused on a bike; their movement was traced to Azadpur.

"Local sources were deployed by all the teams to identify the accused seen in the CCTV footage," officials said.

In a statement, Delhi Police elaborated about getting clues from details of a message received on Tribhuvan's mobile. "During the analysis of the call details of the mobile of the victim, which was robbed by the accused persons, investigating teams of North-West District found a very crucial message of Paytm which was found delivered on the victim's mobile number after almost 30 minutes of the incident. It was (a) very vital clue," the statement read.

A transaction of Rs 1,050 was apparently carried out by the accused. "The details regarding the message was obtained from the Paytm Nodal Officer urgently through (an) e-mail and the transaction was found cash transfer of Rs. 1, 050 from victim's mobile to Paytm account of another person at CNG Pump Azadpur. Thereafter, CCTV of the CNG Pump Azadpur was analysed in which two accused were seen coming to the CNG Pump after almost 30 minutes of the incident on the same motorcycle as seen in the CCTV footage near the place of incident," police said.

In the surveillance footage, both accused were found using one mobile "to transfer amount to another mobile of a person which was identified as employee of the CNG Pump," officials said.

The fuel station employee was questioned who verified he was on duty two men "came to him and requested him to exchange cash Rs. 1000 in place of amount Rs 1,050 transferred online from their mobile to his mobile through Paytm, saying they do not have cash amount and they are in dire need of the cash for some treatment purpose," the Delhi Police's statement further explained.

After a series of raids, two accused- Mohammad Aabid and Dinesh Kumar - were arrested.

The bike used by them was also taken into custody. Both the accused have disclosed their involvement in this crime, while efforts are being made to arrest the third accused.

Girl, 12, Falls To Death From 9th Floor Trying To Save Puppy Near Delhi