The MLA and other party workers allegedly instigated a mob of about 300 people against the Delhi Police, the chargesheet read. 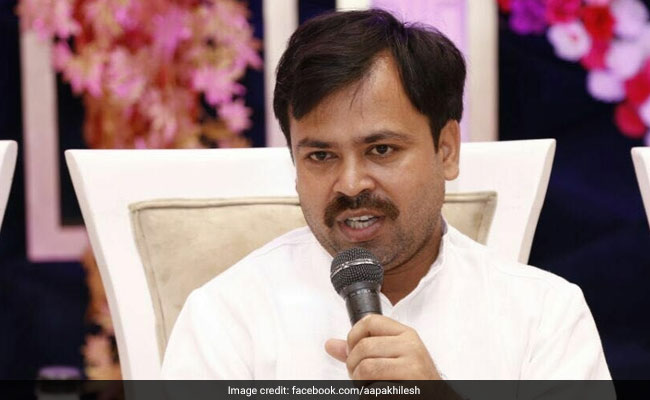 Akhilesh Pati Tripathi, others were charged with rioting, obstructing Delhi Police from doing its duty

A Delhi court Friday granted bail to AAP MLA Akhilesh Pati Tripathi after he was taken into judicial custody for failing to comply with repeated summons and warrants of the court in a 2013 rioting case.

Special Judge Ajay Kumar Kuhar granted bail to the Model Town MLA, minutes after he was ordered to be taken into custody for not appearing before the court on October 30, the last date of hearing, at the issuance of non-bailable warrant (NBW) against him.

Charges were framed earlier against Mr Tripathi and 17 others for rioting and obstructing the Delhi Police from doing its duty, using criminal force on police and voluntarily causing them hurt, after the accused pleaded not guilty and claimed trial.

According to the chargesheet, the MLA and other party workers allegedly instigated a mob of about 300 people against the Delhi Police claiming it had not taken serious action to arrest the culprits in a murder case.

In the incident, 12 police officers were wounded with one suffering from grievous injuries, the chargesheet said.