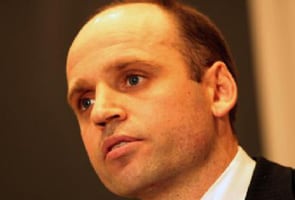 New Delhi: India has surpassed hopes and expectations with the Commonwealth Games opening ceremony and should aim for hosting the Olympics, Australian Sports Minister Mark Arbib said on Tuesday.

"I like Indian culture so I had high hopes. But, they surpassed my hopes and expectations. It was riveting. So congratulations," Arbib said.

The young Sports Minister said the opening ceremony was beautiful, colourful and creative.

"At the same time it was a wonderful display of Indian culture. For Australians, every Australian I spoke to, it was wonderful.

So people responsible for organising should be congratulated," he said.

Asked if he though Indian was capable of hosting Olympics, Arbib said, "I am not an expert in terms of whether a country is up to it or not. But they were comments by International Olympic Committee president Jacques Rogge, I think he said India should bid. That is a positive sign for India. And there is no reason why the Games should not come to India in future."

The Minister, however, threw in a word of caution and said a decade worth of work goes into it.

"It is a big big event. Having seen it in Sydney, a great deal of preparation, a decade worth of work goes into it. It is something that you, no doubt, should aim for."

On the large number of negative comments emanating from Australian shores in the run up to the Games about India's preparedness and security among others, Arbib said there was nothing unusual about it and such things happen before any big sporting event.

"Before any major sporting events... I come from Sydney, before the Sydney Olympics, they were saying Sydney Olympics was going to be a disaster. They were talking about transport problems, logistics problem. In the end you can only judge the success of the Games when they are underway. "

He said the athletes and officials were very happy with the arrangements and thanked the Organisers especially the Delhi Chief Minister Sheila Dikshit.

"There is no doubt that in the last two weeks lot of work was done, the Village in particular to get it up from scratch. We got good cooperation from the Indian authorities and obviously the Chief Minister, the Delhi government has put a lot of effort into that and we appreciate that."

Asked about the security arrangements, Arbib said, "It was first class".

Promoted
Listen to the latest songs, only on JioSaavn.com
"We have visited a number of locations. The Village, the main stadium, bowling, the swimming, the security of all those from my perspective has been first class. Not just in terms of large contingent of security personnel but also in terms of they deal with people very professional. At the same time they are very cooperative and helpful. We are pleased."

Arbib also had a word of praise for the volunteers, who, he said, were the real stars of the Games as they were very helpful and cooperative.