Chetan Bajad's father is a driver with the Indore district court. His grandfather retired as a watchman from the same court. 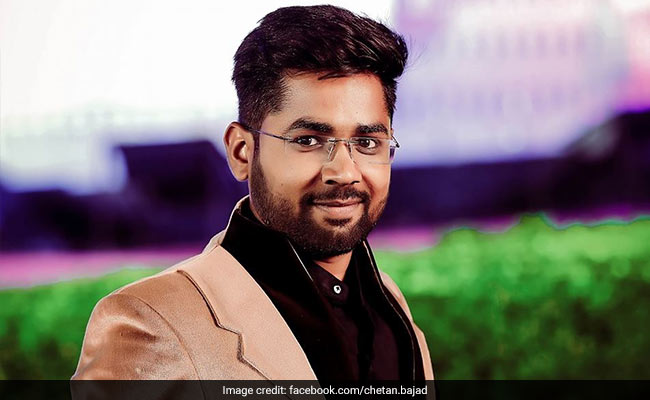 An elated Chetan Bajad says he has fulfilled his father's dream by clearing the test.

Defying all odds, a 26-year-old man, whose father works as a driver at the Indore district court, has cracked the civil judge class-II recruitment test.

An elated Chetan Bajad says he has fulfilled his father's dream by clearing the test.

As per the provisional selection list announced by the examination centre of Jabalpur-based Madhya Pradesh High Court on Wednesday, Mr Bajad has secured 13th rank in Other Backward Class (OBC) category in the civil judge class-II recruitment test by scoring 257.5 out of the total 450 marks in the written examination and interview.

"My father Govardhanlal Bajad is a driver with the Indore district court. My grandfather Hariram Bajad retired as a watchman from the same court," Mr Bajad told news agency Press Trust of India on Thursday.

"It has been my father's dream to see one of his three sons become a judge. Finally I have fulfilled his dream," he added.

Describing his father as his role model, Mr Bajad said that he has graduated in law and was selected in the civil judge class-II recruitment examination in his fourth attempt.

"After sitting on the judge's chair, my priority would be to deliver speedy justice to people," he added.