It's Official. Mughalsarai Station's New Name Is Up On Signs And Boards

Mughalsarai railway station, one of India's oldest, was recently renamed Deen Dayal Upadhyay Junction after one of the BJP's tallest icons. 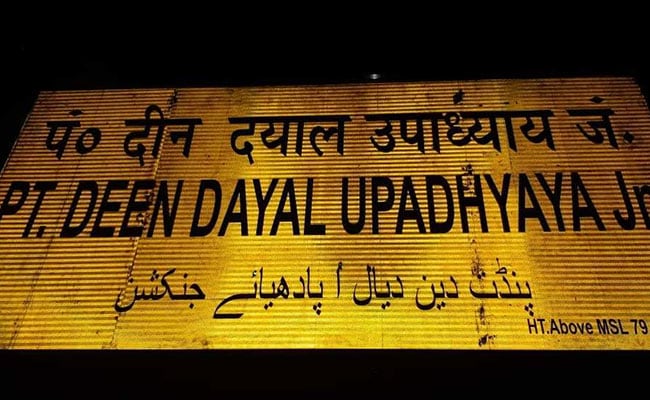 The Mughalsarai Railway Station in Uttar Pradesh's Chandauli district has officially been renamed Deen Dayal Upadhyay Junction. The new signage has been put up at the main board of the railway station.

Mughalsarai railway station, one of India's oldest, was recently renamed after one of the BJP's tallest icons.

The central government had last year cleared UP Chief Minister Yogi Adityanath's request to rename the station, despite protests raised in parliament by various parties.

Deen Dayal Upadhyay's connection to Mughalsarai is his death under mysterious circumstances at that station in 1968.

On his birth anniversary last year, the UP government put up the proposal to rename the railway station.