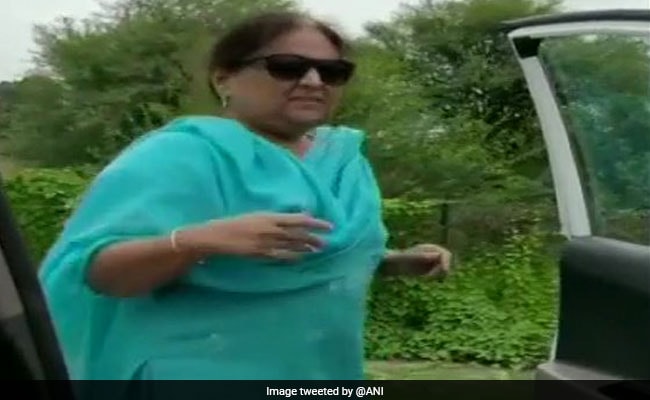 The police in Gujarat have warned against the "Kiki Challenge", after a video of a woman performing the dance dare in Vadodara with cars honking after her went viral. The challenge, which involves dancing to Canadian singer Drake's song 'In My Feelings' next to a moving car, has become notorious after many variations of the challenge across the globe went out of hand.

Rizwana Meer, a resident of Vadodara, can be seen in the video attempting to dance to the song as she shrugs off a car which keeps honking behind her.

A comedy group based out of Gujarat said it made the video, which it uploaded on its Facebook page.

Gujarat police took to Twitter warning people to "not perform or accept" the Kiki challenge, also known as the 'Keke Challenge' or the 'In My Feelings' challenge.

A Vadodara police official issued a warning on Wednesday, saying the challenge was "very dangerous for you and people around you", according to news agency ANI.

Responding to the backlash it received against the video, the founder of the comedy group said in a Facebook post that the group had made the video "to urge people not to do it".

Please don't get involved or become part of kiki challenge as it is harmful to yourself. Inform and aware your wards and colleagues about not to perform or accept kiki solo steps.#KikiChallenge#GujaratPolicepic.twitter.com/wXxc11VkE4

He also claimed to have made a presentation to the Vadodara police to make a video on the challenge to ask people to not take up the challenge.

Not just a risk for you but your act can put life of others at risk too. Desist from public nuisance or face the music ! #DanceYourWayToSafety#InMySafetyFeelingsChallengepic.twitter.com/gY2txdcxWZ

The Kiki challenge has been performed across the world by celebrities and ordinary people alike, often resulting in serious injuries or robberies.

Many have also shot videos of cows, camels, goats and dogs performing the challenge.

So far, police in Mumbai, Delhi, Uttar Pradesh and Bengaluru have issued warnings against performing the challenge.