"It is the world's highest octa-metal statue of Lord Hanuman," said BJP General Secretary Kailash Vijayavargiya. It took 15-16 years to build the 72 by 72 feet statue, he added. 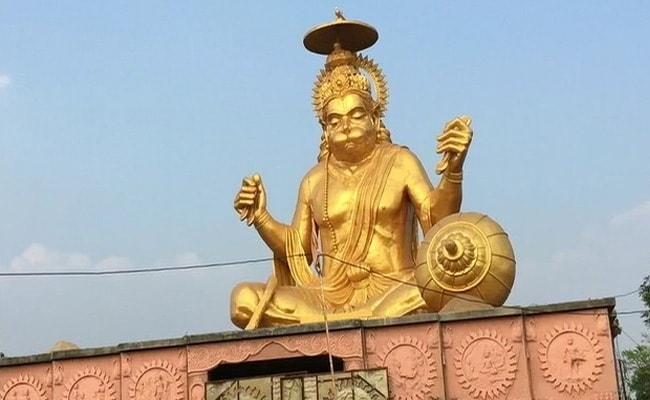 Lord Hanuman's statue will be inaugurated between February 24-28.

An octa-metal statue of Lord Hanuman which is 72-feet high, has been built in Madhya Pradesh's Indore and will be inaugurated in February next year, said BJP General Secretary Kailash Vijayavargiya.

Mr Vijayvargiya said, "It took 15-16 years to build the 72 by 72 feet statue. It is the world's highest octa-metal statue of Lord Hanuman. It will be inaugurated between February 24-28. There will be a 21-day-long series of events and programmes before its inauguration."

"Lord Hanuman is a living God. In Sunderkand in Ramayan, Goddess Sita gave him the blessing to live forever. It is believed that where there is Lord Ram there is Lord Hanuman," Mr Vijayavargiya said.

"The youngster should learn from Lord Hanuman. They feel disappointed in the times of crisis. In such a situation, Lord Hanuman gives us inspiration. This statue will inspire youngsters. It will boost religious tourism and generate employment," he added.

Rama Yogi who is associated with the Pitra Parvat -- the area where the statue is built, said, "This Pitra Parvat (mountain) is a place where people used to plant trees to pay homage to their ancestors."

"Kailash Vijayvargiya decided to develop it as a religious place in 2002. So this statue was built and it will now be opened to the public," he said.