The alleged cases of medical negligence in Haryana came to light on Wednesday. The state health department is investigating the matter 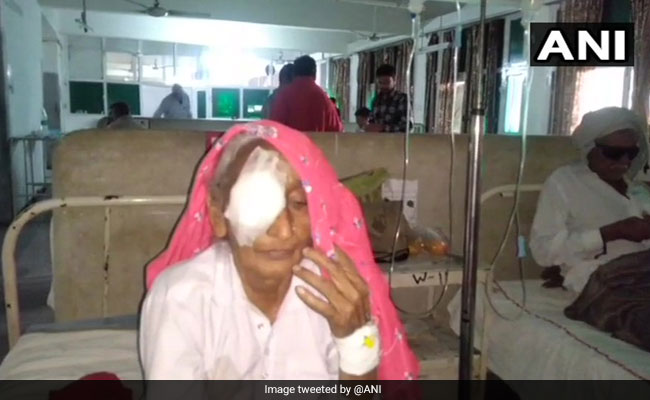 In Haryana, 38 patients complained of severe pain after cataract surgery

A team of doctors at the Post Graduate Institute of Medical Sciences (PGIMS) in Haryana's Rohtak, fear that many patients who underwent cataract surgeries at a government hospital between February 27 and March 11, could lose their sight after "mishandled procedure and incorrect medicines". Thirty-eight patients were moved to the PGIMS after they complained of severe eye pain and infection. The alleged cases of medical negligence came to light on Wednesday.

The doctors of the special retina unit team at PGIMS said that the condition of the eyes of the patients is "critical".

The Kurukshetra district health authorities have suspended all eye surgeries at Lok Nayak Jai Prakash Narayan Civil Hospital for now. A team, led by Dr Arshudeen, chief of the Haryana health services, visited the hospital to investigate the cases.

Samples of equipment, chemicals, medicines, roof and floor of the operation theatre have been taken to ascertain the cause of the infection said Dr Arshudeen. A senior eye surgeon, who had performed around 100 cataract surgeries is also being questioned.

Many patients were also referred to the Post Graduate Institute of Medical Education and Research (PGIMER) in Chandigarh. The PGIMER confirmed that its Advanced Eye Centre (AEC) received 24 patients of post cataract surgery endophthalmitis, an inflammation of the interior of the eye, in last couple of weeks.

Many were operated on for a second time after the botched up cataract surgeries. "Till now 19 patients have been operated...all the patients are doing well on topical and systemic antibiotics. Their vision is gradually improving. None of the patient has complete loss of vision. Eleven patients have been discharged and advised regular follow up," PGIMER said in a statement. Thirteen patients are still admitted in AEC and they are being monitored on daily basis, the statement added.

Medical Superintendent of the hospital, Dr Manjit Singh said a team of doctors is assessing the situation. They will recommend to the state government to pay the medical bills of patients affected he said.