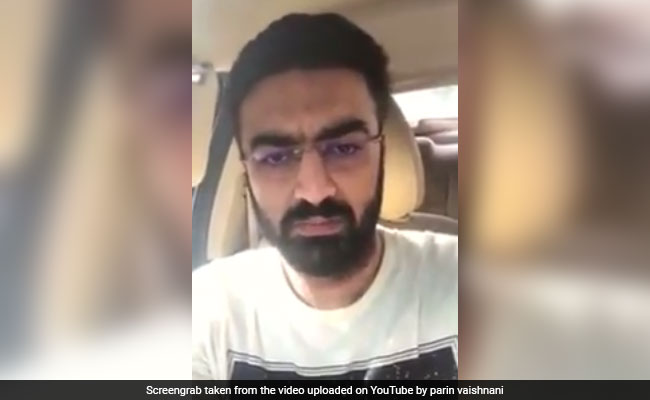 In a video message to PM Modi, Deepak Dhanani claims he has been threatened by cricket bookies

Ahmedabad: A video of a man seeking help from Prime Minister Narendra Modi, claiming that he has been threatened for not paying bookies after losing money in cricket betting, has prompted Rajkot police to take action. Deepak Dhanani, the man in the video, apparently recorded it on his mobile phone. Bookies and some criminals are threatening to kill him, he claims in the video. Mr Dhanani has been missing after the video was circulated on social media.

"Namaste Narendra Modi saheb, namaste Rajkot city police commissioner saheb. My name is Deepak Jamnadas Dhanani. Bookies and criminals from Rajkot and other cities are threatening to kill me. I am in great trouble," the video shows him saying.

"I accept I have committed a big mistake. I have paid these people whatever I had made by betting on cricket and MCX and even sold my house for that. And now I have nothing left. Despite this these people visit my house and threaten to kill my father and mother."

"These are all criminal elements, including one from Ahmedabad whose name is....I have lost a huge amount. But have already paid Rs 5-7 crore, and I have to pay Rs 1.70 crore more but I am left with no money to give him," he says.

Police said they had provided protection to the family. Inspector RR Solanki of Malviya Nagar police station in Rajkot said that further action can be taken only after an FIR is registered.

Promoted
Listen to the latest songs, only on JioSaavn.com
"Mr Dhanani is a bookie, who was arrested in the past in connection with betting on cricket matches. We can take action against the persons he is talking about only after an FIR is registered; but we are unable to trace him or his father. His mother says she knows nothing," inspector Solanki said.