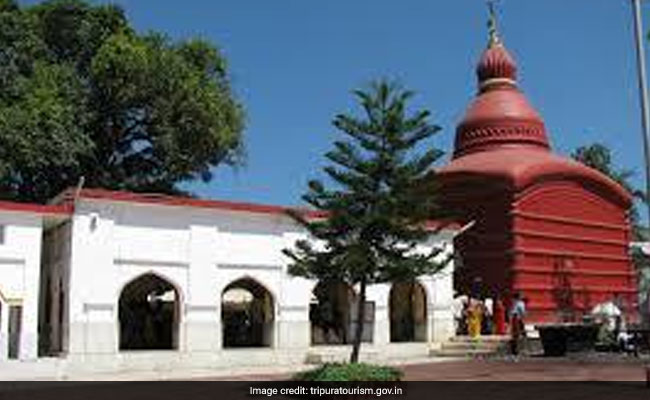 Tripura Sundari Temple is one of the 51 Hindu 'Shaktipeethas' in the country.

About 8 kgs of gold and 42 kgs of silver are among the assets of the iconic Hindu shrine Tripura Sundari temple according to a recent evaluation.

The Trust was formed by Chief Minister Biplab Kumar Deb on May 22 this year to manage all movable and immovable assets of the temple. A committee was also formed under the trust for testing, valuing and weighing of assets and properties under the temple's possession.

We have identified seven trunks filled with jewellery and other valuables so far. Among these, we have opened only four trunks and assessed their contents throughout the day. The other three would be opened on Wednesday and their contents would be assessed, the DM added.

Tripura Sundari Temple is one of the 51 Hindu 'Shaktipeethas' in the country and considered one of the holiest Hindu shrines and is also known as the Tripureshwari temple.

Tripura was a princely state until October 15, 1949 and then joined Indian territory following a merger agreement.

Asked about the safety and security of the evaluation process, the DM said that the entire process was done under tight security and continuous video surveillance.

Shree Shree Mata Tripura Sundari Temple Trust was formed to take over all assets and properties of the holy shrine and manage its activities. The evaluation process was started as a pre-requisite for the transition, the official said.

All valuables found during the assessment drive would undergo full-fledged audit.

Meanwhile, land area under the possession of temple premises along with other immovable assets on the complex have already been transferred to the Trust authorities.

The temple authorities conduct valuation of donations collected on a daily basis, and valuation of collections on special occasions like Diwali, Maha Ashtami Puja and others. However, they did not have any full scale audit till date in the Tripura Sundari Temple, District Magistrate Debnath, who is the member Secretary of the temple management trust, said.

The Trust is headed by Justice (retired) Subrata Paul. It also comprises of District Magistrate, Superintendent of Police, Sub-Divisional Magistrate, Divisional Forest Officer and District Treasury Officer on board.