70-Year-Old UP Woman Denied Ambulance, Carried On Cot To Hospital

The driver of the ambulance said there was no diesel available and refused to come to the spot. 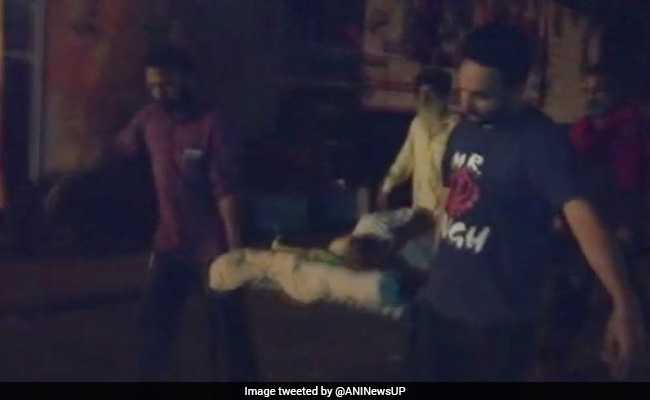 The 70-year-old woman was taken to the hospital's emergency room on the cot itself.

In yet another case of medical negligence, an old woman in Uttar Pradesh had to be carried to the hospital for treatment on a cot due to unavailability of an ambulance.

70-year-old Manjit Kaur, a native of Bhedpur village in Shahjahanpur, was taken to the hospital on a cot after an ambulance refused to come to her help citing lack of fuel in the vehicle.

On Saturday, Ms Kaur's health severely deteriorated and she had to be taken to the hospital for treatment. One of her family members then rang up 108 to call for an ambulance. However, the driver of the vehicle said there was no diesel available and refused to come to the spot.

Four members of the family laid her on a cot and began walking towards the district hospital. After several kilometres, they reached the highway where they placed the cot in a truck which was passing by to take the old woman to the hospital.

The trauma for Ms Kaur and her family did not end there. Upon reaching the hospital, authorities allegedly refused to provide them with a stretcher, thus forcing Ms Kaur to be taken into the hospital's emergency room on the cot itself.

Meanwhile, Chief Medical Officer (CMO) Lakshman Prasad stated that investigation in the matter is being done, and assured that strict action will be taken.