As Chennai, like any other mega city, thrived over the decades most of the homeless and marginalised stand left out of the growth story, experts said.

Chennai: Neelvanthi, a 33-year-old domestic help who lives in a roadside shack with her husband and two children in North Chennai, may not know what a 'smart city' is, but said she knows what it should be.

The south Indian metropolis has been picked as one of the 98 cities which will see a renewed spree of urban development as the government spends Rs 3 lakh crore over the next five years.

According to Neelvanthi, a smart city would be a city that does not make her feel unwanted. She hopes of becoming part of a discussion to develop the city as a more inclusive one.

"They make us feel as if we are responsible for all the filth in the city. We too should live in this city. We are the ones who make the city what it is. It's not fair to ask us to go," she told NDTV.

For transgenders Sujatha and Dhanabaakiyam, housing and employment continue to be a problem due to discrimination. This should change, they said.

"Internet and huge malls alone don't make a city smart. It can be a smart city only if concessions are extended to those in the bottom," Sujatha said. An emotional Dhanamakiyam said, "Don't make us feel we don't deserve to live in the smart city." 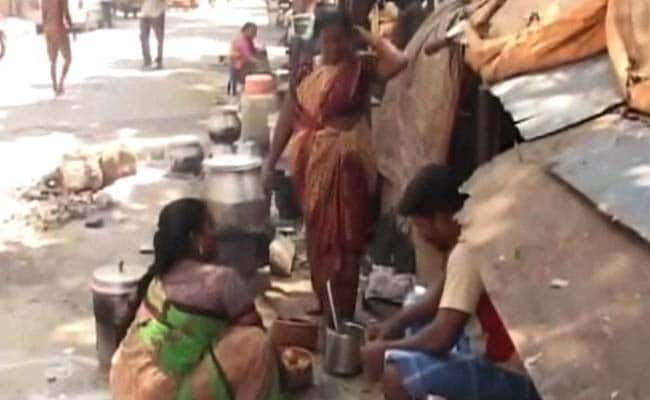 As the discourse around smart cities is still largely online, a non-profit called Praxis is among those that have stepped in to help such sections of the society post their views on government forums.

With their help, 12-year-old student Monika, shared her idea on the Chennai Corporation's smart city portal. "We need parks to play and separate toilets for girls," she said.

Rupesh, another underprivileged student said, "Balwadis (pre-schools run for economically weaker sections) are five kilometres away from my area. We should have them closer."

As Chennai, like any other mega city, thrived over the decades most of the homeless and marginalised stand left out of the growth story, experts said.

"Pushing poor people to the periphery is a failed model. What we need is a city that accepts diverse classes of people and there is equity to access services and to contribute," Tom Thomas, Chief Executive, Praxis Institute of Participatory Practices, said.

Asked about their plans on those lines, authorities assured that they are trying to organise personal interactive sessions to help the poor share their ideas about making Chennai a 'smart city'.