The zoo authorities have sent a second sample of the lioness for testing to rule out a false positive report. 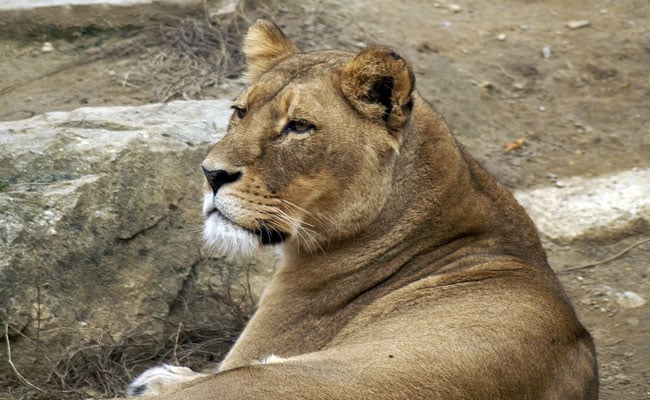 he lions who've tested positive are being treated by the in-house veterinary team. (Representational)

A nine-year-old lioness has died after testing positive for SARS-CoV2 at the renowned Arignar Anna Zoological Park, on the outskirts of Chennai. Eight more lions have also tested positive for the virus. The zoo authorities have sent a second sample of the lioness for testing to rule out a false positive report.

The lioness, Neela, housed at the Safari area died on Thursday around 6 PM. She was asymptomatic and "showed some nasal discharge the day before and had been symptomatically treated immediately," a press release from the zoo said.

The samples of 11 lions were sent for testing after five lions housed in Animal House 1 of the Safari Park area showed symptoms of anorexia (loss of appetite) and occasional coughing after which nasal swab, rectal swab and faecal samples of nine lions were sent to the National Institute of High Security Diseases (NIHSAD) in Bhopal, the authorities said.

"The lions who have tested positive for SARS CoV-2 are being treated by the in-house veterinary team in coordination with Tamil Nadu Veterinary and Animal Sciences University. We would also send samples of another lion and all tigers for Covid tests," an officer told NDTV.

Officials said the samples of only a pregnant lion would not be sent now as sedating the animal now could lead to a drop in its immunity.

A statement from the zoological park said the samples of the dead lioness have been sent again for testing "in order to ascertain whether or not the reported findings are in the nature of false positives, or the animal could have died of comorbidities".

This is the first case of animals testing positive for the virus in Tamil Nadu. Park authorities said they have been scrupulously following precautionary measures including prophylactic measures for the felids, mustelids, viverrids and primates. Besides vaccination of animal keepers, the statement said, separate set of animal keepers are engaged for each group of lions. Veterinary Doctors, animal keepers and field staff wear PPEs, it added.

Earlier in May, eight Asiatic lions housed in the Hyderabad Zoo were diagnosed with respiratory distress after contracting the SARS-CoV2 virus.