Brothers Return From Ireland, Help 13,000 With Food, Ration In Chennai Amid Lockdown

Just before the brothers returned, they had unsuccessfully contested for positions to serve the student community in Ireland..

Mohammad Abdul Salam, 21, and his brother Sultan Abbas, 19, are graduate students in Belfast

Two young brothers returned to Chennai from Ireland's Belfast and have been helping around 13,000 people with food and ration who have been affected due to the coronavirus lockdown.

Mohammad Abdul Salam and his brother Sultan Abbas, graduate students in Belfast, took the last flight back to India before the nationwide lockdown was implemented. After two-weeks of mandatory quarantine, the brothers started to serve food daily to those who had lost jobs and didn't have much to survive on in the city's Thousand Lights area.

Just before the brothers returned, they had unsuccessfully contested for positions to serve the student community in Ireland. The hardship faced by people who had lost their livelihood, they say, helped them discover their calling.

Abdul Salam, 21, who is studying engineering says, "We came in dire situations. When we were hitting new reality over here in Chennai for good perhaps we felt we should make use of the skill sets we learned overseas to put to use to our home or native population."

What was initially supported by friends and family, soon received around ₹6 lakh from around the world as they sought help on GoFundMe. Their University community too joined hands, all helping them to continue serving 1000 meals a day for a month. 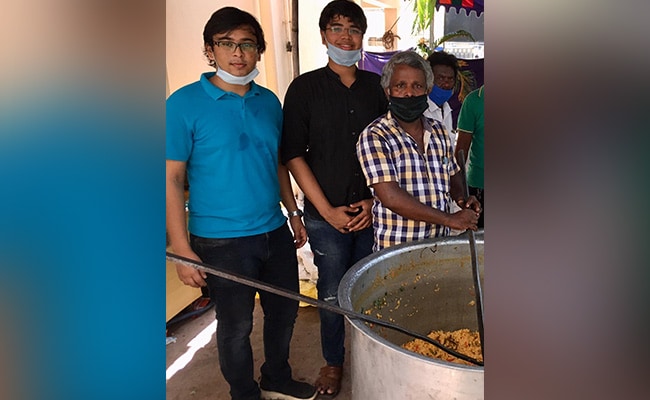 "A little boy holding a tiffin box, calling me Anna (older brother) to collect the food we served touched us, though we reached out to auto drivers, sanitary workers, and others who had lost their livelihood," says Sultan Abbas, 19, who is studying science.

As more funds started coming in, they also gave lockdown kits to families who had lost jobs in the adjoining Kancheepuram district. These kits with nine items including enough rice, pulses, and other essentials provided adequate supplies for a week.

The siblings, who are from a family into construction, say it is important that youngsters make serving the community an inherent part of their responsibility. "The pursuit of a job or livelihood should be more than just the financial figures they receive. It should be about the impact they make on the community on the whole. I am not saying it's bad to earn money, but at the same time don't neglect your responsibility to society".

Tamil Nadu is one of the worst-hit states with Chennai having around 18,000 positive cases so far.

Sluggish Reopening For Restaurants In Chennai Amid COVID-19 Spike