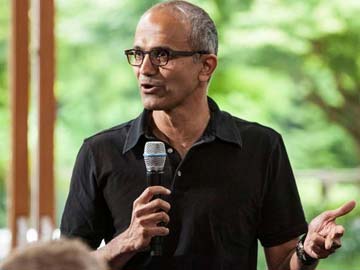 The day after he was picked as Microsoft's chief executive officer, Hyderabad-born Satya Nadella made a big announcement. "first commitment as CEO...i won't wait 4 years between tweets!" he posted. His last tweet, in 2010, was about Microsoft Bing. (Satya Nadella: a cricket buff who is now Microsoft's CEO)

Here are 10 facts about the new top man at Microsoft: