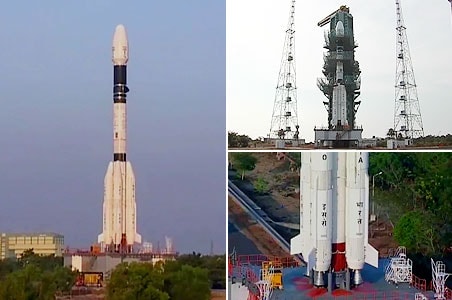 Dubbed "naughty boy," the ISRO's GSLV has a patchy record, with 5 of its 9 flights ending in failure.

New Delhi: The launch of the GSLV rocket, which will carry the weather satellite INSAT-3DR, has been delayed by 40 minutes over an 'anomaly', the Indian Space Research Organisation or ISRO has said. The take-off, from the launch pad of Sriharikota, Andhra Pradesh, was scheduled for 4.10 pm, but will now be held at 4.50 pm.

Here are the Top 10 points to this big science story

Over 1,100 People For Clinical Trials Of India's First Covid Vaccine